When it comes to dating, it's not always the boys 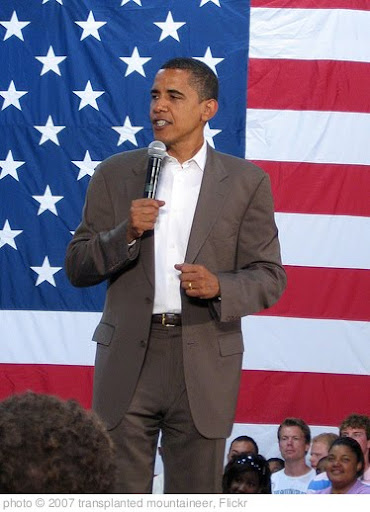 President Obama has been talking about his girls again.  As you all know, Malia is getting to that age where driving and dates are on the horizon.  Like any parent Obama is worried but what he had to say truly bothered me.


“It’s only a matter of time until Malia gets her learner’s permit. So I’m hoping to see one of those models that gets a top speed of 15 miles an hour. The ejector seat any time boys are in the car. So, hopefully you guys have some of those in the pipeline.”

On another occasion he had this to say:


It’s a little intimidating. I might invite him over to the Oval Office, ask him for his GPA, find out what his intentions are in terms of career…Malia and Sasha, if you’re watching this, I’m just joking.

I’m not anticipating complete mayhem for the next four or five years, but, I understand teenage-hood is complicated. I should also point out that I have men with guns that surround them, often. And a great incentive for running for reelection is that means they never get in a car with a boy who had a beer. And that’s a pretty good thing.

As a mother of sons, I find none of what he had to say remotely amusing.  In fact I am sick of seeing the joke about fathers intimidating the boys that date their daughters.  My first area of concern is that this line of though is aimed solely at young girls.  It makes them seem as though they are in constant danger and never initiate anything.  Granted, the president don't go as far as some who joke about locking their daughters in their rooms until they are 40 but his approach still casts 'woman' as perpetual victim and this is a common trope.

Another thing that struck me about this, is the assumption of Malia's sexuality.  I am not privy to their conversations, but unless she has absolutely made it clear that she is straight, she could be lesbian, bi sexual or pansexual.  The idea that one always has to protect a daughter from boys also feeds into heterosexism.

Believe it or not, teenage girls have hormones just like teenage boys and the idea that all boys are necessarily sexual predators is absolutely wrong and yet we continue to project this as the norm. It based on the idea that all men want sex all of the time and therefore boys must want it more because their hormones are raging. It bothers me as the mother of sons that some grown man will believe that he has the right to threaten one of my sons.   As a child he is in just as much need of protection.

From the very beginning I have always respected my children's personal space.  As soon as they could understand, I started to ask them if I could have a hug and a kiss rather than assuming that this is my right because I am their mother.  I have never forced them to hug or kiss anyone that they didn't want to.  I know that this behaviour is going to translate well when we begin our conversations regarding enthusiastic consent.  It is important to me that they understand that yes because a person cannot say no, does not constitute consent.  I am not the only person raising their children in this manner.

I really do believe that instead of making crass jokes, assuming that all teenage boys are little predators, the public would be much better served if Barrack were to talk about agency and consent.  These are messages that have largely been presented to the world via women and having the most powerful man in the world talk about these concepts would help to further spread this idea as well as normalize for those that doubt its importance.  What we don't need is more of the same over wrought father of daughters spiel because it is dependent on patriarchal gender assumptions of how boys and girls relate.