Why Hill Harper Is Wrong About African-Americans and Wealth 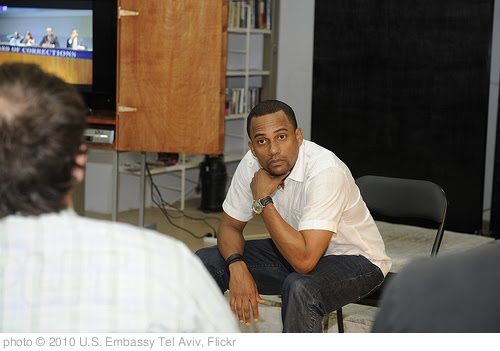 Hill Harper recently did an interview with Loop21 to talk about his recent fight with thyroid cancer and the issue of wealth in the African-American community.When I got to the following answer and response I simply had to pause.

What are the primary financial problems facing African-Americans?
Blacks have the least cross-generational wealth transfer. Each generation usually begins with little or no money. The best way to transfer wealth is life insurance.  Take out a million dollar life insurance policy on your children so they can have that money. Another problem is credit card debt. If the credit card read “Slave” then people would throw it away. If you want Visa or MasterCard buy their stock.

I have to say that I found his response extremely classist and ignorant of the history of Blacks and wealth.  The easiest way to transfer wealth through generations is home ownership, not insurance.  Insurance is an extra, but no matter who you are, you will always need a place to lay your head. I cannot believe that this man is touting life insurance, when there are people who don't even have health insurance. If you cannot pay to live, how can you pay to die?  Even though property values have tanked the same trueism that applied in 1900 applies today: real estate will go up in value over time eventually. My home was built in 1917 and originally sold for 1800 dollars, I can tell you that the cost of my home today has multiplied greatly.  Once a house is paid for, it can be sold, or simply provide a rent free place to live, which on it's own will allow people to save, even as its value continues to rise.

House ownership is originally how Whites passed wealth from generation to generation.  The fact that Blacks have systematically been excluded from purchasing homes has the greatest negative impact on wealth transfer.  Even today, banks are still impoverishing Blacks, or did he think that it was an accident that the majority of those spurious mortgages were given to Blacks, even when they had good credit? What about the fact that Blacks are routinely targeted with high interest credits because these companies know that the inability to pay back the debt will allow the to increase the debt exponentially with soaring interest rates?  The word for this practice is usury and finance companies have made it a practice to target Blacks.  Everything from high interest credit cards, secured credit cards, home loans, student loans, car loan, checks cashing places and payday companies all target visible minorities.

I love his advice to buy stock.  That must be such a nice option to have in his privileged life.  Credit isn't just a so-called slave problem. Credit is a problem for most of north America and this is specifically because real wages have fallen drastically behind inflation and the cost of living.  People are now working longer hours for less pay - that is when they can get a job. Many people fall into  revolving credit card debt simply to live, and if they had other options they would take them.  Is he aware that the recession -- no fuck that depression -- has hit Blacks harder than any other economic group, even when they are well educated? Hey everybody, call your broker and give him your grocery money to invest.

Harper has shown us exactly why you cannot talk about Blacks as a monolith.  While we all have to deal with racism, some of us have managed to accumulate class privilege.  It is this class privilege which has caused Harper to make these misguided assumptions.  There have not been any great gains throughout the generations because Whiteness has worked very hard to ensure that there aren't any.  It begins in school where they purposefully under educate you and try to make you feel ashamed of who you are.  If you manage to graduate and get into college with a full ride, you find out that you are not prepared to compete because they didn't bother to teach you how to write a fucking paragraph. Talk to any TA of a first year class and they will tell you the story.  If you manage to make it out of college, with  massive debt on your shoulders, then you have to deal with the rejections the moment people see an ethnic name on your resume, or realize as soon as you show up for the interview that you are Black.  Every single example I just gave is for a fortunate person.  Imagine how much harder things are for someone who did not get the breaks I mentioned above.

It's not that Blacks don't know that they should pay off their credit card at the end of the month, buy health insurance, life insurance, invest in a 401 K and pay off their homes.  They know - they know and it is infantalizing us to believe that we need to be lectured on this issue.  Good parents worry about  being able to send their kids to college and to help they get started in life.  They worry about having enough insurance, so they don't saddle their kids with funeral costs, but when you're poor, the vast array of options that Harper is touting are simply impossible.  The greatest proof of this can be found in a simple examination of the aftermath of Katrina.  People who had money got out, the people who didn't stayed, and some of them died. They paid for their poverty with their lives.

Finally, I don't give a shit that Hill went to school with Obama; he is out of touch with what is really happening out there.  I am sick of his paternalistic answers from everything to Black women and dating to Black people and finances.  Until he can suggest solutions that aren't a reflection of his various privileges, I would rather he just be silent.