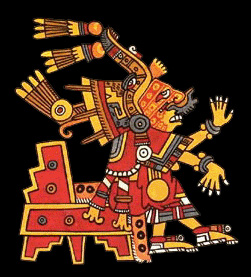 Eva Rivera is a proud lesbian Chicana, daughter, sister and sex worker who can walk in 6 inch heels and twirl naked on a pole in front of total strangers but is still viciously afraid of moths. You can catch her more of her here

Police brutality is nothing new to many sex workers who meet clients on the streets or in bars. There are numerous accounts of rape and sexual abuse at the hands of clients as well as police in this community which has little to no recourse against these crimes. These are particularly brutal examples of violence against sex workers but they are not the only instances of violence that sex workers face. Incarceration, criminal records, and the entire justice system ultimately working against them are also examples of the violence sex workers must protect themselves against on a daily basis. It seems that even when legal gains are made after the laborious work of sex workers and ally activists, the police still find ways to insert themselves violently into sex workers lives.

A recent example of this is the New Orleans Police Department's attack on sex workers who meet their clients on the street or in bars. SCAN, which is the crime that sex offenders are charged with, was used against sex workers until June 2011. This meant that, once charged, sex workers would become registered sex offenders and required to take all the steps that registered sex offenders take-- reporting their addresses, notifying neighbors of their status and also meant the inability to qualify for food stamps or public housing. Thanks the hard work of folks like Women With A Vision in New Orleans, sex workers are no longer charged with SCAN. Just as a new victory has been achieved, NOPD decides its time to crack down, arresting 60 sex workers in just the last two months alone, along with 29 "Johns".  Fortunately, SCAN (Solicitation of Crimes Against Nature), has been revoked.

At the heels of this small but immensely important victory--as a matter of fact, on the very same day it was announced that the state would not dismiss the challenge to SCAN--was the NOPD and the FBI, just waiting for the opportunity to "clean up the image" of New Orleans by declaring war on sex workers. It's obvious that the NOPD is threatened by the fact that some of the most marginalized members of society were actually able to make a significant legal gain. So what exactly is NOPD's excuse this time? According to an article by Louisiana Justice Institute, Police Chief Ronal Serpas states:

"We find time and time again that women and men who actively participate in prostitution tend to commit other crimes," claimed Serpas. "Such as some form of battery, simple robbery, armed robbery, illegal drug deals, or carrying concealed weapons. In some cases, customers of prostitutes find that their wallets have been lifted, which means bank card theft and sometimes stolen identity cases. This is why it’s an incredibly worthwhile effort to target people involved in the prostitution business."


I call bullshit on this one. Targeting sex worker for crimes such as pick pocketing and carrying weapons possibly used to protect themselves won't actually make the community safer. But it's not even as if the police are out to make the community safer for everyone, just the privileged few. I suppose the police department feels that it would just be a waste to actually pay attention to the extreme violence that sex workers face or to turn that effort inward and root out the massive amount of hypocrisy and violence that festers within police departments against sex workers and other marginalized groups.

If you would like to learn more about this and what local groups are doing I strongly suggest visiting this site for more information.
Posted by Renee at Thursday, September 15, 2011