Not All Beauty is Natural 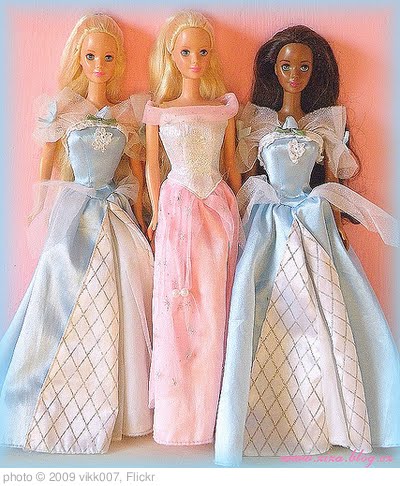 Womanist Musings has been up and running since April 2008, and that means that there are a lot of archives.  There are some posts that continue to bring in hits and comments, but because they are buried in the archives, most miss what's happening on them.  One of the most popular posts, is a piece I wrote about a poll which sought to question which race has the most beautiful women.

Since the original onslaught of comments, most people that arrive on this post stop by to tell me that it is only natural that White women be understood to be the most beautiful women on the planet.  For the most part, I tuck these comments into the delete folder and move on, but I would be lying if I said that it does not bother me.

I know that despite the post racial nonsense, and the yaya sisterhood in the feminist movement, that women are not perceived of as equal.  When I look in the mirror I see a beautiful woman, and this is largely because I have let go of Eurocentric beauty ideals.  The standard of beauty in the western world has always been White, and the closer someone is able to conform to this, the greater the chance that they will be perceived of as attractive. This is why colorism continues to be such an issue within communities of colour. This is why surgeries exist for Asian women to make their eyes rounder.  This is why skin bleaching companies are making a substantial profit across the globe, despite the fact that their products are far from healthy and in fact are downright dangerous.

I don't think that what we find sexually attractive in terms of race is naturally occurring.  One may be born straight, gay, asexual or poly, but one is certainly not born appreciating Whiteness over bodies of colour, when we teach children from birth which race to value.  No matter what network you tune into, the one thing that is guaranteed, is that those largely who are featured will be White.  They will fulfill a variety of roles, and be held up as people we should aspire to be.  Even children's books are not benign.  Quite often the majority of the protagonists will be White, because the gatekeepers are largely White.

We don't just happen to have a type, we are conditioned to find specific bodies attractive.  Certainly there is a biological imperative at play to find healthy mates however, there no race that exists without markers of health.  The other side of this coin are those that date inter-racially, but claim that they just are naturally more attracted to people of colour.  Quite often, this comes down to a simple fetish and this is far from complementary.  People don't fetishize Whiteness, because it has been so normalized and those who fetishize people of colour, won't admit that this is what their suppose attraction is about; it's a kink like any other and it is reductive. Whether you think you are going to get a submissive lotus flower if you date Asian women, a hot tamale if you date Latina women, or a sqaw who is going to live to work when you date an Indigenous woman, it all comes down to racism.

What bothers me the most is that cultural differences are used as a justification for these beliefs.  Far too many believe that Asian women are just raised to be naturally submissive, or that Indigenous women are raised to believe that their role is to work for the benefit of men, that they will be more than happy to dedicate themselves to the double day and family. It's just culture and has absolutely nothing to do with racist constructions that Whiteness has created for people of colour.  Of course, the moment these women defy these stereotypes, there is a penalty to pay.  Have you ever wondered how the Asian woman moves from the submissive lotus flower to the dragon lady? What about the fact that Black men can quickly move from ovary bumping passionate lovers, to rapists when daddy finds out?

The individual sexuality is something that one is born with, but the sexuality and the gender identity/ performance in which the body is coded to belong is completely a construct of society based in race.  We are hyper masculinized and hyper feminized depending on whatever fetish is at play.  Some of us even appear on bucket lists, as something to fuck before death, because we are understood to be exotic experiences rather than people.

Whiteness is not neutral when it comes to determining whether or not a person of colour is beautiful. Built into these determinations, are centuries of exploitation and out right colonialism.  To claim that anything involving race is naturally occurring, ignores the fashion in which our bodies have been plundered, just as surely as our lands for the pleasure of Whiteness. Individual White women may be beautiful, but they can only be thought of to be collectively more attractive than women of colour, if one has internalized the idea that anything White is good and that inversely, anything Black or of colour is negative.

White supremacy  has managed a maintain stranglehold on many and though after years of living as a woman of colour I know this to be true, it does not hurt any less.  It hurts to know that we are not thought of as beautiful but exotic caricatures ready to serve.  It hurts to know that the world is divided into people and then others, because as long as white supremacy rules the land, people of colour will eternally be thought of as other.  You don't need to have a White pride movement and all of the whining about being oppressed by people of colour, really comes down to an attempt to flout our efforts to dismantle an institutionalized condition which harms us.  Sojourner Truth once famously said ain't I a woman, but I think the more accurate phrase is ain't I human.
Posted by Renee at Monday, October 31, 2011