All Is White in So-Called Multicultural Canada 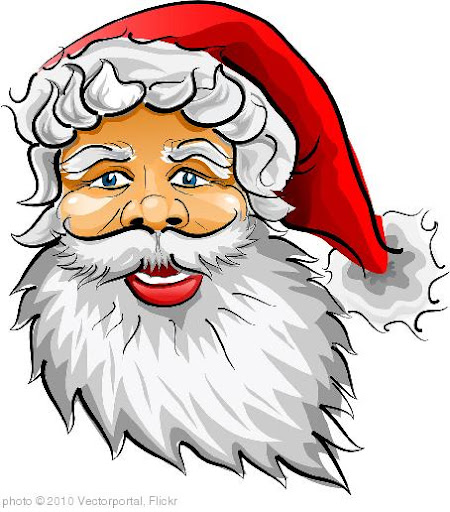 So, Saturday was the annual Santa Claus parade in Niagara Falls.  I am not a big believer in Santa, because I don't like the idea that this benign White guy travels around and grants wishes.  I think I would be more amenable to the idea, if Santa was occasionally a person of colour.  I always think of Santa as just another manifestation of Whiteness, and we all know that White men are not exactly lining up to do people of colour any favours.  At any rate, after writing their letters to Santa, we headed off to the parade.

We have been going as a family for the last seven years, and so my kids were super excited.  We always have a big breakfast, watch the parade and then go out to lunch.  It's really a family day of fun for us. Each year, the people participating in the parade hand out treats to the kids lining the parade route.  This year, my kids sat down on the sidewalk next to two White kids, with their hot chocolate and blankets to watch the parade.  They were just brimming with excitement.  As the parade got going, we noticed that the participants would hand candy to the two little White boys sitting next to the left my kids and the White girls on the right, but not to my sons.

When they were skipped time and time again, my kids would look back at us to ask what was going on.  Neither of them could understand why they didn't receive candy, while the White boys on their left did, and the White girls on their right did.  The unhusband finally asked me if I thought race was a factor, and I told him of course it is.  Despite the bullshit lie that we tell ourselves about all children being special, marginalized children are just seen as surplus population.


Finally, noticing that nothing was going to change, the unhusband encouraged Mayhem to step further into the street and hold his hand out.  It was not until the Mayhem pushed ahead, and held is hand out that parade participants deigned to give him candy.  At six years old, he is too young to figure out that what he was experiencing was discrimination first hand, but as his mother, I was absolutely enraged.  Standing right next to them, I could not protect them from the bigotry and privilege of others.

I am quite sure that the people participating were not actively thinking about what they were doing, but their actions still amounted to discrimination and ruined any form of fun I could have potentially had at this event.  Whiteness has been so ingrained socially, that racism often happens without any premeditated thought. The sad truth of the matter is that while White kids are being sheltered and taught to believe that they are special, kids of colour are actively being torn down and encouraged by the world to see themselves as "other".  White people may look at them as babies, and think that they are cute, but shortly after getting out of diapers, they begin to see Black boys as future rapists, thieves and gang bangers. They are systematically written off as a matter of course.  The childhood that White children have, is denied to children of colour, in order to teach them their role in the pecking order. Discrimination does not wait until adulthood.

If you read mommy blogs written by White women, they are full of things like recipes, rainy day activities, coupon deals and pictures of their smiling kids.  White women may write about the stress of working and raising their kids, but they will never have an experience like I did this past Saturday.  They will not have to cheer up their kids after being passed over repeatedly.  They will not have to teach their children that they will have to be better than everyone else to succeed in life, or that the world is happy to see them fail. They can afford to have fluffy little blogs talking about nothing, but as a mother of colour, I have to deal with the realities of White supremacy, as I attempt to salvage some kind of childhood for my precious boys. I wonder if on their business cards, these women have the words only my kids matter.

I know that in years to come, my kids will look back and know exactly what happened to them and why. I know this because there are plenty of events from my childhood that I now understand to be racist.  I know that my parents attempted to shield me as much as possible from the harshness of this, but one can only do so much, when society is determined to undermine your every effort to invest your child with self worth.  Each act of racism will build upon the other, creating rage, and in some cases outright depression.  They will be told that they are reading too much into things, and that they are just looking for a reason to be upset, because it is easier to accept that the marginalized person is wrong, rather than deal with the fact that the world has not moved into this post racial utopia that we continue to hear so much about.

I know that what happened to my kids is not an anomaly, and I also know that they are going to have experiences that are far worse due directly to the colour of their skin. This is the unavoidable future of children of colour.  Even as I am writing this, I am fully aware that this not considered appropriate mommy blog conversation, because isms are something that don't get discussed in parenting spaces.  The generic standard is Whiteness, just like everything else, and this simply reinforces the idea that there is a monolithic experience that constitutes childhood.   I don't have the luxury of such vanilla conversation, and this is why this why social justice is a priority here at Womanist Musings.  You can only afford to ignore race, if you are never going to be a target of racism.
Posted by Renee at Monday, November 21, 2011