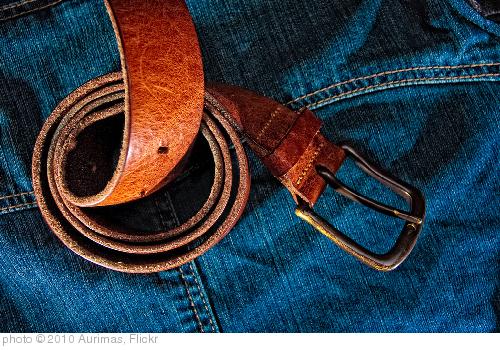 I know that I have written an awful lot about my family recently, so please bare with me.  My oldest son Destruction is 10 years old.  He loves being in the kitchen with me.  It's our shared time together.  He has taken to calling me his sous chef, now that he is actually cooking dinner once a week.  Yesterday, because I had to do our Fangs for the Fantasy podcast, I started dinner early, which meant that there was nothing left for him to do by the time he got home from school.  This upset him alot, because he wanted to make dinner last night.  I suppose that for him, just like me, cooking is an expression of love and self care.  I know that he sees being allowed to cook dinner as a reward for good behaviour.

I think that this last point is essential.  Recently, I received an email from yet another pro spanking commenter, suggesting that my children are not disciplined because their father and I don't hit them.  This could be no further from the truth.  I think not spanking your child forces you to really get to know who they are intimately.  I know what my son enjoys intimately and so saying to him, you will not be allowed to cook dinner for a week, is actually a punishment.  This is a child that watches cooking shows, is learning about different spices and how they flavour food, and has selected his high school already based on their culinary program.  To him, being denied access to the kitchen means a loss of an activity that he loves, and a chance to have my undivided attention for however long we are cooking together.

The other major form of discipline we employ are extra chores.  The house is never as clean as when the boys are grounded.  This can and does include, weeding the garden, sweeping and scrubbing the kitchen floor on hands and knees, scrubbing the bathroom including the toilet, vacuuming, etc., Of course, helping out around the house is something they both have to do, but actually doing extra work is not something either of them enjoy.  What I like about the assignment of extra work, is that it leads to a positive result.  In the end, if they do a good job, we always give some sort of positive reinforcement. When they are done, they always have a sense of accomplishment and feel redeemed for whatever it is that they have done to earn the punishment in the first place.


I think that part of the problem with the concept of discipline is that people don't focus on reform, and only see punishment. The concept of punishment holds true for people that we incarcerate and for children that we punish, even though we know that positive reinforcement works better in the long run.  Even after a criminal has served their time, the social discipline does not lessen, and yet we have the nerve to suggest that the recidivism rate is the fault of the individual and not society.  When it comes to spanking, we know that it does not act as a deterrent, and can actually lead to psychological issues later in life, and yet adults continue to not only advocate spanking, but truly believe that this is the only form of discipline that teaches real and concrete lessons to children.

Punishment should not be about getting even for some perceived wrong. Vengeance may make the parent or society feel better, but it does not result in a correction of behaviour, or encourage any form of conformity or self worth.  When I discipline, it is not about finding a release for my anger, it's about setting my child on the right path for success in life.  It's about teaching him that all actions, no matter the intent, have a consequence.  If I were to simply punish my child, allowing him to believe that his actions were an ongoing stain upon his person, what encouragement would he have to move forward? Spanking and refusing to give positive reinforcement, not only does nothing to correct the behaviour, it is a selfish act that is irredeemable because it says, I don't care enough about you to consider what this is doing to you, or to help you move past your error.

This form of discipline is what works best for my family, because it is healthy and preserves self respect for all parties involved.  It allows my children to trust me and know beyond a doubt that their bodily integrity is valuable, and not to be breached by anyone regardless of the situation.  I fully recognize that our approach may not work for everyone, but I submit to you that there is a form of non violent, non abusive discipline that is possible for every child, that will lead to a healthy relationship between parent and child, if one is committed to the process of eschewing violence.  If the point of discipline is behaviour modification, it would seem to me that finding a method that actually works should be the goal for all.  My children aren't perfect, as Sparky can well attest to, but they are confident, have a strong sense of justice and know beyond a shadow of a doubt that we love them with everything that we have, and that is something that lets us sleep at night.
Posted by Renee at Tuesday, November 22, 2011