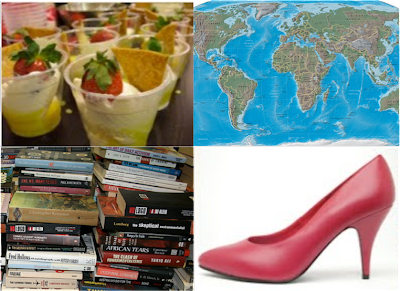 Coca Colo is a graduate student in economics who researches gender issues and international development.  She has white, cis, hetero and US privilege, but is also a religious and ethnic minority.  She is a survivor of childhood sexual abuse.  All these things inform her writing.  She blogs occasionally at http://femonomics.blogspot.com/ and can be found more frequently on twitter @femonomics.

Child sex abuse is perpetrated by criminals, but enabled by thousands of adults who perpetuate a culture of shame and self-doubt for its victims.  One of those adults is Joe Paterno.  The University Board was absolutely correct to remove him as head coach.  He had an opportunity to prevent harm from occurring to children, and he chose silence, shame, and rape culture over that opportunity.  A University is in the business of educating young people to be responsible adults.  Right now, at Penn State, their role models are few and far between.

The crime of childhood sex abuse is two-fold, each piece doing its own part to damage the child’s psyche: first, the abuse itself, then the cover-up.  The cover-up is integral to the crime, and in fact part of the crime itself, because most childhood sexual abuse is perpetrated by someone close to the victim—a relative, a friend of the family, a religious leader…a coach.  The abuser knows that to the child, sex is shameful, and uses this as a weapon to enlist the child in the cover-up.  They also use their authoritative position, whether simply as an adult, or as a mentor, teacher, parent, or coach, to convince the child that the abuser’s behavior is normative, and that it’s the child’s perceptions that are out of whack.  The child comes to believe they have done something wrong, because if not, why can’t they talk about it?  This shame and isolation on top of the abuse itself causes irreparable harm.
In the case of this particular cover-up, Sandusky couldn’t have imagined that he would have so much help.  So many other adults had internalized the idea that sex is shameful, and thus sex abuse something to be hushed up, and authority is not to be questioned (especially not football authority!), that they covered up Sandusky’s crimes for him.   And in doing so, they, too, hurt children.  They participated in the second crime of sexual abuse, just as damaging as the first.
When a graduate assistant witnessed Sandusky raping a child, he left. He then reported the incident to Joe Paterno, who met in hushed rooms with administrators to decide what to do about this “situation.”  They decided to ban Sandusky from bringing children on campus, and restrict his access to certain areas.  Anyone involved in those conversations should be fired.
Imagine, you see a member of the faculty savagely beating his child in a classroom.  Do you tell him not to bring his children on campus anymore?  What on earth good would that do?  No.  You call the police.  It’s the difference between something being “not the type of thing you want to be around” and “not the type of thing that is legally allowed.”
Childhood sexual abuse victims, more than anything, need to be able to say that what happened to them was wrong, that it was a crime, and that it was not their fault.  Adults like those at Penn State rob us of the ability to put a name to what happened to us—to say, “A crime happened here.”  By backing slowly away from what he’d seen instead of intervening and calling the police, that first adult on the scene told that child: You’re not a victim—you’re a pervert.  You deserve to be banned with the coach. His actions said, what’s happening here is twisted, messed up.  And you’re part of it.  The other adults who took no action to find or help the victim, investigate the crime, or bring its perpetrator to justice supported this view, sending the same message: we don’t want that kind of business here.  It’s shameful.  But they didn’t call it a crime.  If it was, they would have called the police, acted as witnesses, and warned the campus about the predator on the loose.
And so that child, like Sandusky’s victims after, and like so many victims before, lost that fragile reassurance that he was indeed a victim, and that he had been harmed by a monster.  Instead, he wondered just how bad he must be, to have people walk away from him like that.
It is actions like these that make childhood sex abuse victims lose their ability to distinguish non-resistance from consent, crime from complicity, trust from harm, and adult from enemy.  And so the victims, the survivors of these attacks, were left to wonder about their own guilt, to stew in shame, and grow to hate themselves.  Incredibly, bravely, some of them spoke out.  They took the step that no one else would take for them.  They said that what happened to them was wrong.
Sandusky is ultimately responsible, and should go to jail, no doubt.  But the blame shouldn’t stop there.  Because behind every abuser, there tend to be dozens of adults ignoring the warning signs, making excuses, protecting the perpetrator, and blaming the victim. Those adults, the ones that Penn State students are rioting to support, acted as conspirators when they could have been saviors.
I hope these individuals, who have been outclassed in moral courage and strength of character by the victims in this case a thousand times over, will use every platform they have to apologize.  I hope they go on the news, write books, or scream from mountaintops to say to this boy, and the ones who came before and after: I failed you.  I harmed you.  What happened to you was a crime, and it was my duty as an educator, citizen, and human being to report it.  I can never give you back what you have lost, but I can tell you that it was real, that it was not your fault…that it was ours.  I am so sorry.
But I don’t think they will.  I think they’ll make the easy choice now, as they did then.  And for that, they should at least lose their standing to ever again make those types of decisions.  A critical pass was thrown their way, and they fumbled.  Game over.
Posted by Renee at Friday, November 11, 2011