The Love of a Single Mother is Enough 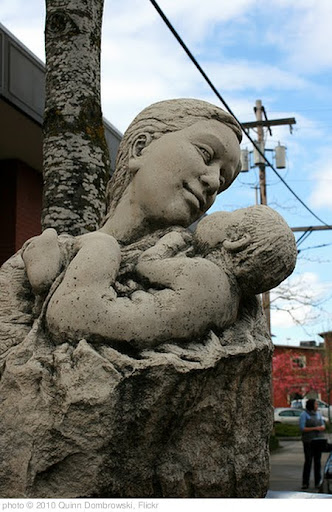 I recently came across a piece about single motherhood on Clutch magazine that I thought would lead to an interesting conversation.


Nobody wants to grow up without a father. No matter what Oprah Winfrey suggests.

After viewers turned off their televisions from Oprah’s Lifeclass last Friday, the cameras kept rolling and captured a scene where Oprah comforts an audience member who was balling in tears over feeling inadequate as a single mom.

“You’ve got to know that you are enough for your children,” said the media mogul, entrepreneur and philanthropist. “You are doing what so many women have done. You are living in the expectation and the dream that you had,” Oprah continued referring to the woman’s wish to raise her children in a dual-parent home.

Taken back by her kind words of encouragement, I started to think about Winfrey’s family history (or what we know). Oprah is a product of a single parent household and experienced much hardship during her childhood. She has built an entire business around her trials and tribulations. She is also not a mother. Not that this negates her ability to offer parenting advice, but her support does not go far when it comes to dictating what someone so far removed could suggest. Frankly other than business, Oprah is the last person I would take childcare or relationship advice from.

It is no secret that in recent years the decline of households headed by married couples and the increase in households headed by single parents has been disproportionate. With the increasing trend of people having children outside of marriage— among other circumstances– more and more guilt surrounds women and their womb. I have experienced the struggles a single mother faces first hand. This observable fact challenges women to ask… are they enough for their children? Empowerment is one thing, Winfrey is great at, but it can be misleading at times. When it comes to placing the blame, I would advise to Oprah and others that we have to recognize the truth hurts. After listening to her sanguine advice, I can only give Oprah kudos for motivating the distraught mother. However, pending the circumstance, it can be very difficult and frustrating, being a single mother is not enough. (source)

I was raised in a two parent household, and I raise my children in a two parent household.  I cannot begin to speak to the challenges that are specific to single mother because that is outside of my experience, but I can speak about what it is to parent. Sometimes I think that children exist to make us age before our time.  Whether it is homework and bedtime battles, or the constant worry, parenting is hard work.  I know that I am fortunate to have someone to share the experience with and spar me when I reach the point where running away to join the circus seems like a much easier thing to do.


I know without a doubt in my mind that if you don't spend time worrying about whether or not you are doing right by your kids, you are not an active and engage parent.  I worry about whether I love and support them enough. I worry whether they feel safe and secure in their homes. I worry about the things I cannot give them, no matter how hard I work.  I worry that they are not internalizing the messages that I am trying to teach them and that I am potentially raising yet another generation of bigots.  In short, I worry. There is no such thing as a parent who who truly cares, who does not worry about their children.

The rub of it is that despite all of the hours we engage in worry, no parent is perfect.  When we look back, there is always going to be something that we wish that we had done differently.  There are going to be events that you miss because work gets in the way.  I remember when I missed Destructions little league play off game because I could not get the day off work.  I was riddled with guilt and he told me how much he missed having me in the stands cheering for him.  At the time I thought that I had taught him that I was willing put work above him.  Since then, I have had many opportunities to be there for him in real and concrete ways.  I know now without a doubt that he knows that I have his back when it really counts. I also know that I will disappoint him again, because no matter how much I love him, or how much I want to be there for him, shit happens and I am only human.

When it comes right down to it, children want and need one adult to love them, teach them and guide them.  It is always going to be easier to raise a child in a two parent household because despite the whole, it takes a village to raise a child mantra, parenting is an isolating job.  There are few social support systems for families, let alone parents that are doing it on their own. The problem isn't the single mothers, but a society that claims to care about children and families and does absolutely the bare minimum to support them. If you doubt that, think about the reduction in after schools programs, the reduction in subsidized daycare spots and the constant attack on teachers unions.

I am sick and tired of the ongoing attack on single mothers.  Being a single mother is enough.  This article does not even take into consideration that some women parent with other women and suggests that a father is absolutely necessary to the home.  It does not consider inter-generational households, where extended families parent a child.  There are families where siblings raise a child together. There are many ways to raise a child and not being partnered does not necessarily mean single.  Even in the case where a child is truly being parented by one person as long their is love, that is all that matters. Instead of attacking single mothers, what we need to do is fight for a support network that makes it easier for women to parent regardless of what their situation is.
Posted by Renee at Wednesday, November 02, 2011