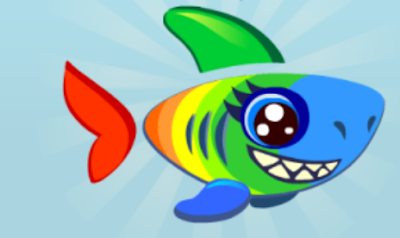 One of things we often complain about in this genre is the absolutely absence of GLBT characters. This is especially true when it comes to the trans community who are particularly erased.  It should be noted that erasure is its own form of oppression as we typically deny historically marginalised people the right to take up space and participate in society.

The other sign of the coin are authors who decide to include a GLBT character but then give such ridiculous portrayals, that erasure almost seems like a gift. There are many ways a GBLT portrayal can fail - stereotyping, grossly offensive tropes but today we’re looking at the Lesbian Shark - a trope Christopher Moore introduced us to, the Gay Uncle, brought to us by M.L.N Hanover and the Gay Maris, introduced to us by Teen Wolf.

There are sharks in nature that cannot stop swimming. If they do, oxygenated blood doesn’t pass their gills and they die - literally drown. And so it is with the lesbian (or gay male) shark. If they stop mentioning that they are a lesbian, fail to refer to it every 5 seconds, then they disappear.
So it is with Jane in A Dirty Job. She’s a  lesbian. This is pretty much all she is. Whatever scene she appears in, her sexuality will be mentioned. If she has a conversation, there’s a good chance her being a lesbian will be raised at some point in the discussion. This is the sole reason for this character existing. She is a walking avatar of her sexuality, if she weren’t a lesbian there would be nothing there at all. She’d have nothing to talk about, nothing to do. her sole actions are supporting the main character and making sure there’s no chance we missed her being a lesbian. This feeds the trope that when someone is GBLT that that remains the only defining characteristic of a person - they are nothing but an avatar of GBLT-ness. Any other traits about this character are not worth depicting (which presents being GBLT as excessively weird and overwhelming) or are completely absent. And that absence in turn creates the idea that all GBLT people are the same - homogeneous with only one real feature rather than unique individuals.

There is also no attempt to develop her as an actual character or an actual person - she is simply the lesbian sister, removing her as a person and instead turning her more into an extension of the protagonist.

In Unclean Spirits, M.L.N Hanover introduced us to the Gay Uncle who wasn’t.  From the very beginning of the book we know that Eric is dead and what matters about him is that he has dedicated his life to fighting evil spirits and he is an uncle. His niece Janey knows nothing about him and fixates on his supposed sexuality.  For a large part of the book, every reference that includes Eric comes with the announcement that he was gay. Even the fact that he owned several properties is enough to cause consternation because it is believed that he was gay.  My personal favourite however has to be the gay uniform of the White shirt because that was all Eric had in his closet.  After you have reached the point of being irritated with the continual reference to Eric’s sexuality, it was revealed, ZOMG he was not gay.

As appalling as Hanover’s not-gay Eric was, it represents a typical approach to introducing GLBT characters in a book.  The reader is continually beaten over the head with the reminders that the author is talking about a gay character in case you missed the first 20-30 references.  Their sexuality becomes the most important thing about their identity, obscuring anything else about them as a person.
The gay uncle is popular because he quickly becomes a handy dandy sidekick.  It is assumed that he is wiling to take risks because he has no immediate family of his own and of course this also allows for the perpetuation of the abstinent gay man.  Yep, he’s gay, gay I say, but not so gay that he has sex anytime this century.  The moment Eric moved from being the gay uncle who swooped in to save Jayne to a man that had lovers, suddenly he became straight.  Only straight men have to time for sex.
Read More
Posted by Renee at Friday, December 16, 2011