Gene Marks Is Not a Poor Black Kid 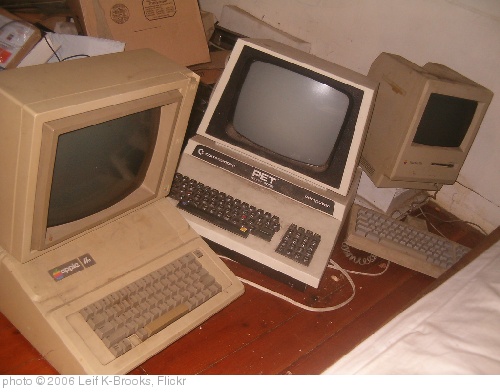 Hey did you know that the streets are paved with gold?  Did you know that if you work hard enough, you can pull yourself up by the bootstraps and enjoy the middle class lifestyle?  Yes, this is what America is all about.  No matter how humble your beginnings, everyone has a chance to succeed, no matter where they come from, or what race or creed they are.  The aforementioned is the national myth of the United States, and far too many still quote this bullshit as though it is an absolute truth.  It very rarely takes into consideration systemic inequalities, or the fact that the widening gap between the rich and poor is predicated on exploiting 99% of the population.  A Black president, and Oprah Winfrey aside, most people will live and die, not far from where they were born, and today, a child is more likely to experience a drop in class than an increase.  That is the reality, and yet Gene Marks writing for Forbes just had to let us know in his own special paternalistic way that there is hope.


I am not a poor black kid.  I am a middle aged white guy who comes from a middle class white background.  So life was easier for me.  But that doesn’t mean that the prospects are impossible for those kids from the inner city.  It doesn’t mean that there are no opportunities for them.   Or that the 1% control the world and the rest of us have to fight over the scraps left behind.  I don’t believe that.  I believe that everyone in this country has a chance to succeed.  Still.  In 2011.  Even a poor black kid in West Philadelphia.

It takes brains.  It takes hard work.  It takes a little luck.  And a little help from others.  It takes the ability and the know-how to use the resources that are available.  Like technology.  As a person who sells and has worked with technology all my life I also know this.

If I was a poor black kid I would first and most importantly work to make sure I got the best grades possible. I would make it my #1 priority to be able to read sufficiently.   I wouldn’t care if I was a student at the worst public middle school in the worst inner city.  Even the worst have their best.  And the very best students, even at the worst schools, have more opportunities.  Getting good grades is the key to having more options.  With good grades you can choose different, better paths.  If you do poorly in school, particularly in a lousy school, you’re severely limiting the limited opportunities you have.

And I would use the technology available to me as a student.  I know a few school teachers and they tell me that many inner city parents usually have or can afford cheap computers and internet service nowadays.  That because (and sadly) it’s oftentimes a necessary thing to keep their kids safe at home than on the streets.  And libraries and schools have computers available too.  Computers can be purchased cheaply at outlets like TigerDirect and Dell’s Outlet.  Professional organizations like accountants and architects often offer used computers from their members, sometimes at no cost at all. (source)

I am glad that Marks started off his piece by saying that he is not a poor Black child; however, that is where he should have stopped his treatise.  The truth of the matter is that as a White man with a middle class background, he has no business getting on a pedestal to lecture Black kids about how they are doing it all wrong, of course paternalism know no bounds.  I will however say that I agree that many are unaware that certain programs do exist.

Marks takes care to tell us that all of his suggestions will require hard work, but what he does not for a moment admit is that for many they are impossible.  Black kids start school with the same amount of excitement and desire to learn as White children, but by the time they reach the third grade, they are actively discouraged and set into a mode of thinking that learning is unimportant.  The education system is specifically designed for a Black child to fail, even if they have parents committed to their success. Teachers are no different than anyone else, and this means that they have the same racial and class biases that work to stigmatize and discourage a child.  I think that Marks has watched to many movies with White teachers leaping in to save poor children of colour from their ignorance.

There is also the issue that the education system teaches children the oppressors truth.  They will spend years learning about the achievements of White men like Marks, and next to nothing about people who look like them, or have had similar experiences to them.  This is of course set up to let them know that they are inferior and unimportant. There is little nuance in their education.

I love his assertion that poor Blacks all have access to the internet these days.  The truth of the matter is that many poor people access the internet through their phones and not a home computer.  Even if they do have computers at home, many of them are hopelessly outdated making it hard to access certain programs, when they do work.  As for the library, I wonder if he has considered the hardship of transportation and the lost time of having to use a public system? Just because the public library has computers, does not mean that one will be free when you want to use them, and it certainly does not take into consideration time limits.  At our local library, you can book slots in 15, and 30 minute blocks.  If you are working on a project, that simply may be enough time.

When you are poor, the majority of your time must be dedicated to subsistence, and that is true of children as well. Many poor families depend on the income brought in by their children's part-time jobs.  In some cases, a child may have no choice but to drop out of school in order to bring in more money to support the family.  And yes, child labour is not a thing of the past, though there are laws against it.

Older children are often caretakers to their younger siblings.  If a parent is working two jobs, they may be dependent on the older child to supervise homework, as well as cook meals.  Children are also at times caretakers to their disabled parents.  I know that when my fibro is flaring, both of my kids do their best to take care of me and our household.

Marks has not thought about what it is to try and learn on an empty stomach.  I know that many schools provide a breakfast and lunch programs, but there are plenty of hungry children in the U.S.. Food fuels the body and gives one the energy it requires to learn.  Yeah, rise above little children, and learn in spite of your hunger.

Marks also didn't think for a moment about learning environment.  To actively study, you need a place conducive to learning.  If you are in a place that is poorly ventilated, cold in the winter, hot in the summer with poor lighting, that is hardly an environment set up to assure success.  Add this to the fact that so many kids go without proper school supplies, like paper, pens, rulers, backpacks etc., how exactly can they rise above that?  What about the kids that are living in shelters with their families, who have to move from shelter to shelter, and from school to school?  How do you pull yourself out of that?

All of these points of course assume that the only factors effecting positive growth are race and class.  By themselves, race and class are extremely difficult barriers to breach, but when you add things like a learning disability, sexuality, gender etc., the path forward can be as difficult as climbing Mt. Everest.  The more areas of oppression that a child has to negotiate, the more difficult their lives will be.

The truth of the matter is that it is not for the oppressed to rise above, especially when many don't even have a boot. Those with privilege simply need to understand that all of their so called achievements and opportunities are based in an undeserved privilege.  It is the system that is broken, not the people.  There is no such thing as meritocracy, and hard work is not some secret recipe for success.  If all it took was hard work, we wouldn't have any poor, because being poor means that all you do is work hard.
Posted by Renee at Thursday, December 15, 2011