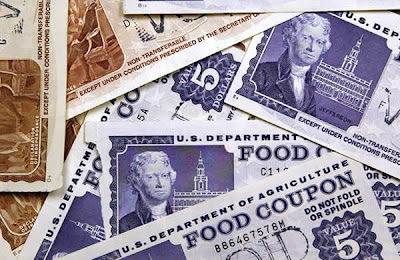 When a child is born, along with the overwhelming sense of love, comes the weight of responsibility.  All that stands between that child and hunger, pain, or homelessness, is a mothers love.  Though I have always been able to provide for my children, and even spoil them on occasion, I would be lying if I did not confess that fear sometimes grips me.  Unfortunately, the ability to provide is something many cannot do in this current economy.  Along with the fear and shame, comes the societal judgement on one's ability to parent.  An impoverished mother does not love less, she is simply trapped by systemic forces.


LAREDO — The woman who shot her two children and then killed herself in a food stamp office here uttered words two weeks ago that seemed to have foretold her extreme actions and now sound chilling in retrospect.

“She said to me, ‘I don't know what my kids will do if I ever die. I don't want them to suffer,'” recalled Janie Rodriguez, manager of the Towne North Mobile Home and RV Park, where Rachelle Dianne Grimmer, 38, had lived with her two children since July.

Grimmer, who moved her family to Texas from Ohio more than a year ago, was a good tenant who showed no signs of being disturbed and was “very protective” of her children, Rodriguez said. She died at the scene of the shooting Monday.

During a seven-hour standoff with a SWAT team, Grimmer was armed with a .38-caliber handgun and at least 50 rounds of ammunition, police said later. She at first held two state office workers and later a supervisor hostage before releasing them.

Ramie, before she was shot close to midnight, updated her Facebook page to read “may die2day.”

Grimmer, who homeschooled her children, subsisted on child support payments, Rodriguez said. She often relied on food supplied by neighbors and was distraught over being denied food stamps.

Her application was rejected last summer because she hadn't submitted all the required paperwork.
Their poverty stood out even in a poor part of Laredo.

“They came barefoot sometimes,” said Moises Nuñez, 10, adding that he played with the Grimmer children. “Their clothes were ripped.”

The Associated Press reported Wednesday that Mary Lee Shepherd, the children's paternal grandmother who lives in Helena, Mont., said her former daughter-in-law had a history of mental illness but declined to give details. (source)

This is a family that clearly fell through the cracks, and quite tragically the end result was death.  The article goes on to mention that Grimmer did not reach out to local food banks for support.  They could have provided her with food to feed her family.  Though  some services do exist, the general public is not necessarily aware that they have the right to access them, or even of their existence. A lot of outreach occurs on the internet or through television.  If one is poor, one may not have access to these forms of information, as the case of Grimmer so eloquently illustrates. Even if one is aware that services exist, barriers like forms can prevent access.  These forms require one to be literate and while there is no proof that Grimmer herself was illiterate, clearly she had problem providing the requisite information that the form required.

So poor was Grimmer, that she walked almost five miles to go to the Health and Human Services office barefoot after her truck broke down. I believe that the constant proof required that one is need purposefully stigmatizes and limits access to those most in need.  In the media, we constantly hear about someone wanting something for nothing, or living high on social services, when in truth the incidents of fraud are extremely small.  The process itself is designed to make the applicant feel worthless, and few would put themselves through the shame without a real and desperate need.

Grimmer wasn't asking for money, she was asking for food, a basic human need.  What kind of world do we live in where a mother can so willfully be denied food for her children?  If we truly lived in a world in which children mattered, for the sake of her son and daughter, Grimmer should have been provided with some sort of emergency assistance. If nothing else, she should have been provided with the name and address of any food banks and soup kitchens.  Three people are dead today because they were poor.

It further disgusts me that the state of Grimmer's mental health has become an issue.  In the linked article, it was mentioned that she was visited several times and deemed fit, and yet her desperate act is now clearly going to be seen as a symptom of her mental health, rather than a cruel and heartless society.  Grimmer's actions had everything to do with the fear of knowing that she could no longer provide for her children, and it is only in her death and the death of her children, that the world now recognizes the depth of her despair and pain. And really, who wouldn't be driven to acts of absolute desperation at the thought of being unable to feed their children?  I would lie, beg, steal or do whatever I had to do, to make sure that my children had food.  There is nothing that I wouldn't do. To suggest that it was Grimmer's mental illness that lead to her actions, rather than a fear of a heartless world - a world in which it is okay for children to be hungry is ableist and blame shifting. The truth is, no one wants to take responsibility for what happened.  It is far easier to latch onto the state of Grimmer's mental health than to admit that she never should have been in that situation to begin with.

Today, we know Grimmer's name, but how many are struggling in obscurity?  Banks and corporations continue to make immense profits, while the 99% are struggling just to achieve basic subsistence.   When one reaches Grimmer's level, there are no bootstraps to pull up; there isn't even a boot.  The only real sense of entitlement belongs to the top 1%, who have amassed so much on the backs of millions.  Is it really any wonder that a single mother of colour was left destitute?  A woman living alone with a child is very likely to be poor, and the odds increase when that woman is of colour.

Woman of colour have yet to reach the day when our motherhood is supported.  Or wombs are hated because it is socially understood that we produce surplus population. Before our children can take their first breathe, they are born into a discourse which constructs them as violent, licentious, thieves, and drug addicts.  Grimmer slipped through the cracks because society has far more invested in oppressing us, than helping us, and until the balance of power shifts, and the meek inherit the earth, Grimmer will remain one of millions who have suffered for the crime of being born poor, female and of colour.
Posted by Renee at Monday, December 12, 2011