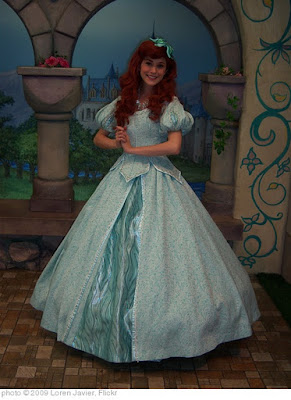 The term Mary Sue is quite common in discussions of urban fantasy. It has become so ubiquitous that  I often wonder if everyone is truly aware of not only what the term means, but how it effects historically marginalised women.  A Mary Sue is a character who is perfect, flawless or only having very cutesy flaws (cute non flaws), and who is instantly adored by all of the cast.  If someone is not instantly enthralled with a Mary Sue, it is because they are jealous and or evil, and sometimes even both.

Sookie Stackhouse from True Blood,  Elena Gilbert from the Vampire Diaries, Clary Fray from The Mortal Instruments Series, Tessa Grey from the Infernal Devices series, Elena from Kelly Armstrong's Otherword Series, Clare from the Morganville Vampires, Abby Corrigan from Sanctuary, Bella Swan from Twilight, are just a few examples of the Mary Sue phenomenon from books, movies and television.Each one of these characters is beloved for absolutely no reason. The people around them follow them without question and without cause quite frankly (especially considering that these women have the sense of a concussed penguin), even in cases when doing so places themselves in jeopardy. Mary Sue represents the most privileged form of femininity in that she is normally straight, cis gendered and White.


It is rare to see a protagonist of colour in this genre and they never ever fulfill the role of Mary Sue. (In fact, when “Mary Sue” or “self insert” as a criticism is levelled at authors of colour and other marginalised authors, it is usually because the mere presence of a POC character that is capable and not a side-kick is considered “overly perfect” in a genre that frequently prevents POC from being main characters) Mary Sue then on some level relates to the perfection of White womanhood and marking it as superior to women of colour.  In many ways, it reminds me of the faux pedestal that White women have historically been placed upon.  This pedestal exists solely to give them race privilege and certainly does not apply to equality with White men.

Even as it works to oppress in terms of race, it is also extremely sexist as it leaves no room to appreciate strengths based in intelligence, loyalty, speed, humor or strength.  It tells women that they must perform womanhood in a very specific manner to be considered truly feminine. Mary Sue is not complimentary to women, and in fact acts as a sort of literary corset, restricting individuality even as it promotes a false form of agency.  Real women are not made of sugar and spice and all that’s nice.