Sometimes being rude is the acceptable response 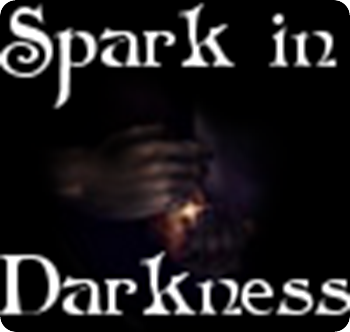 This is a guest post from Sparky, of Spark in Darkness.  Many of you are  familiar with him from Livejournal, as well as from his insightful and often hilarious commentary here. Each Tuesday, Womanist Musings will be featuring a post from Sparky.
So, let’s say you’re volunteering at your local RSPCA shelter one day and someone comes up to you and starts to discuss the merits of punting kittens. Maybe they talk at length about how aerodynamic a well punted kitten is. Maybe they discuss just what noises kittens make when punted at various surfaces. Maybe they just express their joy at the idea of kitten punting.

How do you respond to them? Do you politely and calmly and reasonably tell them that punting kittens is not well regarded behaviour, explain to them about empathy and the creature’s pain and just how cute and fluffy and adorable a kitten is?

Or do you curse at them and call them a horrible human being who should be kept away from all animals at all cost? So you attempt to hit him over the head with a large fish? Do you pelt him with angry armadillos?

Or let’s say you’re walking around quite calmly and some fool approaches you and says the most repellently offensive things about your spouse; truly unforgiveable, dehumanising, wretched things.

Do you calmly say how not acceptable such behaviour is? Do you quietly say how upsetting you find this? Or do you give him the world’s most cutting side eye and proceed to inform him in no uncertain terms how he pollutes the very oxygen presumes to steal into his worthless lungs?

Or let’s say someone approaches you in the street and slaps you across the face, knocks you down and then starts kicking you. Do you politely ask them to stop doing that? Do you nicely let them know that it’s kind of unpleasant? No?

See, there are times when being polite, kind, calm, understanding really has no place. In fact, I would say there are times when the appropriate response – the correct response – is blistering rage, fury and yes, even telling someone to go take a long walk off a short pier. I would even say that not being angry, furious and yes, rude and aggressive in these situations is inappropriate. I would go even further and saying that engaging these people in a civil and reasoned manner is not only counter-productive – but it’s harmful.
When we engage in reasoned debate we, by inference, present our opponent as having a position due some level of respect. After all, if they didn’t we would either dismiss them out of hand or flare up in outrage. When we reasonably debate something we are engaging it in the realm of logic – accepting there is a level of logic to it. We are applying reason, implying that we’re in the realm of reason. We’re giving it the regard of our time and consideration and reasoned response – as opposed to just dismissing it (as we would a flat earther) or shouting it down in disgust and outrage (as we would a kitten punter).

And sometimes our dismissal or flaring is, in itself, a reasonable response because it conveys just how utterly wrong and offensive what they just said/did actually is. Our anger, our outrage, our accurately thrown angry armadillos or mightily wielded haddocks across the head convey just how extremely out of line the person is. Our anger is the message. Our outrage is the appropriate reaction. Our contempt, our rage, even our loathing is the proper response.

And so it is with social justice. When some arsehole is suggesting that if gay kids just need to not be gay to save them from being bullied, when some arsehole persists in using the acronym GRIDS instead of AIDS, when the leader of the world’s largest religion calls us a threat to the future of humanity –  reason is NOT the appropriate response here.

They’re not being reasonable. They’re not saying something that is worth a reasoned response. It is INSULTING to treat their words as worthy of a carefully crafted counter argument. They do not deserve that kind of attention. One does not need to prepare a research paper and gather a geography professor to shoot down a flat-earther. To do so legitimises them.

No, the response here is rage, outrage. Yes, the response is insults and swearing and protests and boycotts and expressions of well-earned disgust and contempt. This is what such sentiments are worth, this is what they deserve. They’re too vile to ignore (and accept in silence) and too ridiculous to be countered with reason and too hateful to be countered with education or instruction and too bigoted to be countered with empathy or morality. All we can do is show them for what they are – hateful, malicious, bigoted and unacceptable. And nothing conveys  the message of something being unacceptable as much as rage, outrage and offence worded in the strongest possible terms.

And I know already there are some who will point out how much my anger, my loathing, my rage and my contempt harms the movement or puts people off or alienates allies. But I don’t buy any of that.

An ally will be nearly as angry as me. Anyone put off by my anger and rage isn’t going to help us anyway – because they’re only helping us when we play by their rules (and that’s another post I intend to cover) and when we’re playing nice. And if they don’t see and understand our anger then they don’t know why we need allies in the first place.

Don’t give any legitimacy to the haters, don’t accord them respect when they show us none, don’t play nice with the enemy. Take off the kid gloves, call a bigot a bigot, and arsehole and arsehole and don’t be afraid to scream bloody murder and curse a blue streak when its deserved – because sometimes, they don’t deserve anything else.
Posted by Renee at Tuesday, January 17, 2012