Talking About Approrpiation to Kids 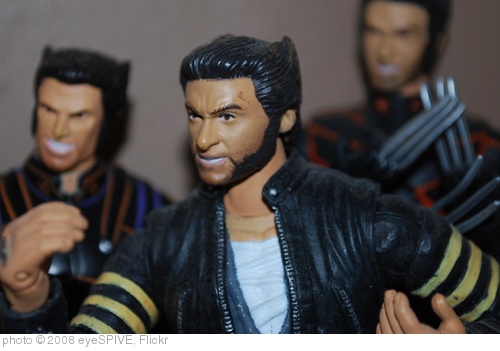 As regular readers are aware, the unhusband and I are extremely dedicated to social justice parenting and teaching our children critical thinking skills.  There are times when I wish that there was some model that we could follow because winging it can be tough.  If you want to know how to potty train a child, there are tons of how to articles on line, in magazines and in books but when it comes to teaching a child about the way the world truly operates, you won't find anything.

The boys were recently watching X-Men and Destruction was concerned about the opening scene in which Magneto was being separated from his family by Nazi's.  We have just begun to have conversations about Antisemitism and so this scene stood out to him.  Not having the proper word to call it at the time, Destruction referred to it as racism and so I of course corrected his terminology.  He immediately identified that being separated from your family because you're Jewish is a problem.

One of my issues with the X-Men series is what a few to be a strong history of appropriation.  I understand that the over arching message is that to other people because they are different is wrong, but I take issue with the fact that these hyper able bodies are constructed as oppressed.  The power differential does not ring true to me in the least.  We are after all talking about beings who can suck your life away with a simple touch, materialize anywhere, read and control your mind, control weather to point of creating lightening bolts and tornadoes, shot lasers from their eyes, etc and etc,.

I think the major criticism of the X Men series should be based in the idea of apporpriating the history and or oppressions of historically marginalized people, and so I got the big idea to tell my 11 year old so and was greeted with a big huge blank stare.  Appropriation is a huge undertaking to understand.  It was prevalent in my mind because earlier that day, the unhusband was playing this song.


At the time that Informer by Snow was released, I was a very young woman, and I remember walking around singing it.  As I watch the video today as a mature woman, I am hyper aware of the overt sexualization of Black women and what this means in context of affirming Snow's narrative and position as a White male, the appropriative nature of the song itself, and the fact that a Black man was used to legitimize Snow in the song, all things I missed when I was younger. This should have been a clue to me that this subject would not be any easy one to engage in with my child. Snow is absolutely the precursor of the ever so repulsive Kreayshawn.

If appropriation is something that took me so long to figure out, I have to acknowledge that this is going to be a daunting thing to explain to my child but now that I have started the conversation, I have to finish it.  I tried explaining how in much of urban fantasy, vampires and various supernatural creatures are situated as "coming out," when they chose to reveal their existence and how this is appropriation of GLBT people and still got a blank stare.  I pointed out that though Magneto's character was indeed Jewish, the inappropriateness of using the horror of the Holocaust for a plot point and how this amounts to appropriation and I got a blank stare. After giving him a few examples and I was clearly not getting my point across, I told him that he was not getting that point and that I would address it with him another day. I know that this is a vital conversation, because I was well into my 20's before I understood what appropriation is and I don't want him to stumble in ignorance the way I did.

I know that this read to him like I was saying, "you're too young to understand and I will explain when you are older."  This bothers me quite a bit, because I have never taken this approach with parenting, because I have always been firm in the belief that with the right approach, children are capable of understanding more than we give them credit for.  This morning, he again reminded me of my promise to explain what appropriation is and why it is harmful and I again drew a blank.  I reiterated my promise to try again later citing the fact that he had to get ready to go for school.

So womanist musings readers I am turning to you for help.  I want to be able to keep my promise to my boy.  How would explain to a child what appropriation is and why this is harmful to various communities?  I really am truly at a loss and I need some input. Thank you in advance.
Posted by Renee at Friday, January 20, 2012