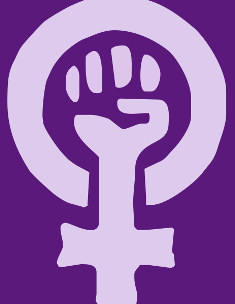 A twenty-something black woman fed up with the degradation and subjugation black women are faced with each day. It's time we stand up and demand better. It's time for a revolution! You can find me at my blog, New Black Woman.


Some residents in the overwhelmingly white city of Duluth, Minn., are up in arms over Un-Fair Campaign‘s anti-racist billboard blitz. One billboard residents are greeted with include:

The campaign’s supporters, including mayor Don Ness, have taken a lot of heat for the campaign. However, Un-Fair Campaign is sticking by its message and points to Duluth’s glaring poverty as the culprit for such inequalities:

The Un-Fair Campaign, which launched with the billboards last month and so far has spent $4,600, didn’t set out to shock or offend people, although organizers are glad they got the community’s attention, said Ellen O’Neill, executive director of the YWCA of Duluth, one of the campaign’s 15 sponsors.

She said the sponsors, which also include several colleges, worked with a PR firm to come up with the messages, which they hope will help white people try to imagine what it’s like to be non-white in a place like Duluth, which is 90 percent white.

“It’s possible to never interact with a person of color here,” O’Neill said. “It makes the problem more invisible.”

O’Neill said the campaign is directed at people 18 to 30 years old because market research indicated that people of that age group were more likely to lead behavior-changing movements, such as anti-smoking or recycling campaigns.

“How is our community going to prosper and grow if such disparities exist?” she wrote in a recent op-ed article in the Duluth News-Tribune. “How can we accept such inequality?” 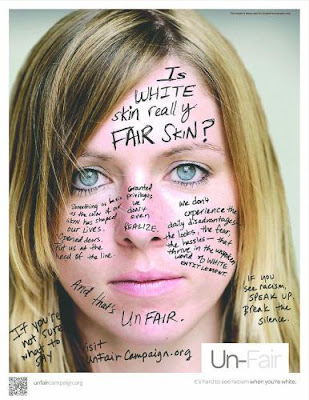 It’s hard to be surprised by such backlash. In this day and age of an alleged post-racial America, not only is it a sin to call white people racist, white privilege allows white people to view racism as individual, sporadic acts of overt offenses that are not tolerated by fair-minded people.

Any person of color will tell you we rarely encounter that form of racism, as we are routinely placed in situations where we have to negotiate subtle, racist acts of white people on a daily basis.

Before diving into my reaction to this campaign, I want to remind people that these messages this organization is conveying to the Duluth community have been the same arguments people of color have consistently made regarding racism, whiteness and white privilege. Their message is nothing new. Thanks to whiteness’ reign over society, opinions and dissertations on issues that overwhelmingly affect people of color are give more credence when they come from the mouths of a majority white organization or white person (think Tim Wise here, people). I can probably feel comfortable waging a hefty bet that Mayor Ness would not feel comfortable with aligning himself with an organization ran mostly by people of color if they were to approach the city with a similar campaign.

That aside, the reason why this campaign has encountered such rage and denial because it goes against what white people have been told throughout their lives: everyone,  no matter their race or color, has an equal shot at success. It goes against the values white people have instilled into their offspring for decades: racism is not an institutional problem, but a disease that plagues rednecks, Southern whites and members of white supremacists organizations.

But, as many people of color know, whiteness exists to counter everything it views as the exact opposite. It exists to demonize, marginalize and oppress a myriad of people of color. It seeks to tell black women their kinky, curly hair is not good enough to be considered the ideal hair style. It seeks to tell women of color that our brown eyes need to be lighted; our fuller lips are only exotic and acceptable on white women; our bigger hips need to be covered; and our olive, brown, red, yellow and black skin needs to be lightened and bleached in order to be deemed beautiful.

Whiteness places itself in history as the savior of the suffering brown and black peoples in exotic sounding lands, the great force that brought modernity and civility to the less orderly parts of the world. In an effort to create a hierarchy of oppression, whiteness finally created racial categories, ranking people of color based on how close their inferior features resembled that of white, northern and western, European men and women.

The article notes people were upset because the “offensive” campaign “blames all racism on whites and implies that white people aren’t smart enough to recognize racism.” Well, considering that racism equals power and privilege, (something that most, if not all, white people in the good ol’ U.S. of A. have over people of color), then yes, only white people can be racist.

And before you whiteness defenders chime in and give an example of people of color expressing disdain or resentment towards a specific white person, you can’t compare a person of color’s reaction to the persistent intrusion whiteness has on our lives to a white person being able to use a slew of racial slurs to assert their racial dominance over POCs. Whether you want to believe it or not, there is no equal word, slur or phrase people of color can use towards white people to assert our institutional-backed superiority over white people.

I do applaud this organization for placing the problem of racism in the hands of white people. Too often, people of color have the burden of teaching Racism 101 to white people, and routinely are met with a, “Well, that’s not what I meant” response  from white people who refuse to accept they can’t refer to their black co-worker their nigger, why they can’t touch a black woman’s hair, why they can’t refer to Mexicans as wetbacks, why they can’t classify all Arabs as terrorists, why Disney movies like Aladdin are racist and why shoving your finger into the face of the president of the United States is indeed racist.

The issue of racism was not created by people of color, so it’s not our problem and duty to check and correct white people when they make racist comments or commit racist actions. If white people want this to really be a post-racial America, they need to own up to the problem of racism they sustain with the help of whiteness and actively decolonize their minds of the toxic line of thinking.