The Knicks are on a winning streak and there has been much excitement over Jeremy Lin, the first Taiwanese-American to play in the NBA. What better way to make Lin feel welcome than to remind him he still considered an "other." MSG decided to display the image below as part of their coverage on the game. 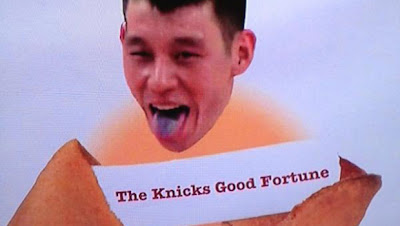 Who says that Asian people don't face racism because they are the so-called good minority?  You pick the race and there is a racist stereotype to go with it. Do I even need to say more about this image?
Posted by Renee at Thursday, February 16, 2012