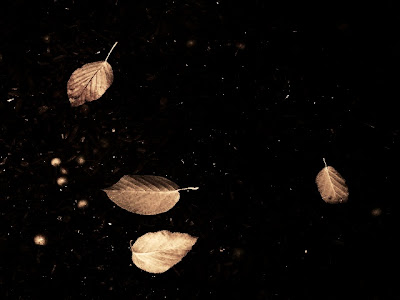 Nomade is a 23-year-old Mauritian graduate student living in the United States. She is interested in the areas of Francophone culture, bilingual identity and post-colonialism. In her spare time, she enjoys cooking, painting and writing fiction.

"...and you like the curry with the rice, yes?" insisted my cab driver as we discussed tastes in food. I had just said that I loved making ravioli and pizza but for some reason, he had looked at me strangely. When I didn't respond with much enthusiasm, he repeated himself, as though I had misunderstood - or was lying. He reminded me of people in college who had been disappointed to learn that hamburgers were not a novelty to me and that I didn't grow up on roti.

And of the people who would stare after hearing me speak, as though they had expected me to stumble over my words. Of my friends' parents who would speak extremely loudly and slowly, and then smile and comment on my language, as if they were paying me a compliment.

People of color aren't much better. After a short conversation, an old roommate's friend felt the need to inform me that I was a "whitewashed" Indian. People I grew up with tell me that I am being unfaithful to my "roots" by speaking French, ignoring that my grandmother is French and that it was an essential part of my childhood - and of our collective existence, French relatives or not.

While I understand people of color feeling that I have "betrayed" them because I look like them but behave in an unexpected way, I also become impatient with essentialist notions of what it means to be of color. There is no "original", pure incarnation of any race, and this very division is problematic.

It is the existence of people like me - multiracial, multilingual, seemingly contradictory - that challenges the outdated practice of ascribing particular values to different bodies.  And it is this challenge which makes White people uncomfortable enough to work up the nerve to inform me that I am inauthentic; that I should be proud of "my culture" and that it is a "shame" that I don't speak my "mother tongue".

Yes, it is possible to be brown and utterly French. It is possible to be brown and speak with a British accent; play the piano; never watch Bollywood movies and even major in art history. So-called "European" culture ceased to be the sole property of Whites the day our countries were colonised. Don't set up British schools and litter French names around the roads of my island and then tell me that these languages aren't mine. Faux pity won't fool me; rather admit that it is uncomfortable to look at me and find mirrored all those qualities that you thought were inherent to those who look like you, and them only. Look at me; I am here and I have spoken.
Posted by Renee at Wednesday, February 15, 2012