Ellen Musk: "Everybody is racist in some way or another." 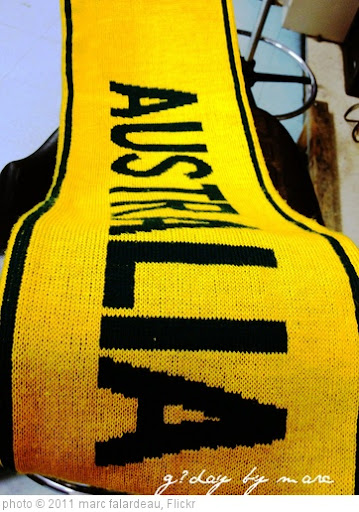 For as many ways as there are to do racist thanks  and use racist language, there is a method of justification, which keeps Whiteness from acknowledging their behaviour, and the harm that it causes.  This justification also takes the form of excusing Whiteness from any responsibility for the continued racial imbalance.  After all, everyone knows that being called a racist, is far worse than living with racism.


The only thing more disturbing than Australian model Ellen Musk's recent Facebook posts calling indigenous Australians "c--ns" and "n--gers" is her clueless reaction to the backlash against them.

The 18-year-old told the Northern Territory News newspaper, "People think that I am a horrible racist person, but everybody is racist in some way or another."

She then explained that she was referring to indigenous neighbors who kept her awake late at night. "I don't have anything against indigenous people unless they're rude or carry on like that," she added. [source: please note that the title of this piece is ableist]

So, this racist twit's response is that because everyone is racist, it's okay for her to use racist slurs and debase her neighbours.  I wonder if everyone was setting themselves on fire because it was the new in thing to do, if she would be as quick to participate? Somehow, I think that Musk would stop and think about the sensibility of this action.  When it comes to racism, Musk does not have to stop and think because it benefits her.  Each time a person of colour is attacked, or put in their place, it solidifies the hegemony of Whiteness.


Of course, she doesn't have anything against Indigenous People.  She only dislikes the so-called bad ones who disturb her and don't have the good sense to slip into the background and hide themselves from the world.  In many ways, her Facebook rant reminds me of the White UCLA student who ranted about Asians in the library.  People of colour are simply not allowed to occupy any space, and due to history of colonialism, Whiteness has come to believe that this is the natural order of things, even as they are standing on occupied land.  In terms of land masses, Antarctica is the only continent that does not have the scars of Whiteness upon it, and that has more to with the inclement weather than anything else. Yet somehow, Whiteness remains the model of civility and advancement.

I wonder what Musk has said about White people who are rude and loud?  This sort of behaviour is not the preserve of people of colour, and yet those who are White are never forced to deal with a racial assault, justified by the desire to discipline their behaviour.  Even if one tried to perform a race based assault on a White person, there are no racial slurs that work to attack Whiteness, in the same manner as slurs routinely aimed at people of colour.  This btw is yet another benefit of Whiteness.

On one hand, Musk claimed that everyone is racist, and then on the other hand Musk had the nerve to be upset that people believe she is a racist based on her language.  This is a very familiar line of reasoning, and in fact -- there has been a continued rejection of the label of racist -- rather than the act of racism itself.  If no one is ever racist, then by extension -- no people of colour actually experience racism.  We know that this is not the case at all, and all people of colour can testify to the truth of this.  Whiteness wants it both ways.  They acknowledge that racism is an ugly thing by denying the label racist, but somehow people of color are always over reacting, and playing the race card, when we complain about our treatment.  The ability to shift discourse in order to benefit oneself is yet another privilege of Whiteness.

Finally, I would like to address the fact that this statement was made by an Australian model.  In recent years, we have seen examples like Hey, Hey, It's Saturday Night, Mammy dolls, and my personal favorite the racist KFC ad. Each time one of these incidents went viral, the defense was that Australia does not have the same racialized history as North America, and therefore; these incidents were being misunderstood as racist.  Well, Australia has a history of separating Indigenous children from their parents,  they have purposefully undereducated Indigenous people, Indigenous people have higher rates of unemployment, and finally Australia was colonized, and the land appropriated from it's Indigenous citizens. Yeah, they're right, it's not exactly the same, but it looks pretty damn similar to me.  History need not be identical for racism to occur, all that need happen is for Whiteness to assume that it has the right to liberty, prosperity, land, education, representation, and a special status, for racism to occur.  Australians don't get a cookie for handling their hateful history slightly differently than North Americans, as much as many think that they are entitled to one.

Musk's comments are an exercise in racism, no matter how much she attempts to twist the truth.  This entire post has been an exercise in the obvious, but I wrote it in the hopes that someone would see themselves in it, and rethink about the language they use when talking about POC.  Not using slurs is obvious, but perhaps there are some who will walk away understanding that attempting to justify one's racist actions, only underscores that a racist incident has taken place and most certainly an attempt to cement one's racial privilege.
Posted by Renee at Thursday, February 16, 2012