We are still heading for Self Destruction 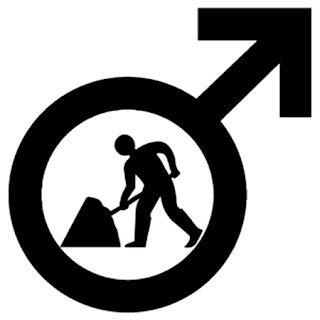 Danny is a man that is trying to work his through the ups, downs, and all arounds of what being a man is all about. Along the way talks about video games, Japanese anime, computers and lots of other things that make up the whole man that he is trying to discover. He can found at Danny's Corner, Ethecofem, and Tumblr at Danny's Phototherapy

A week or so ago rapper Too Short apparently saw fit to dole out some fatherly advice to today's young boys on how to go about treating girls when it comes to sex at XXL Mag. He basically parrots some of the very damaging behavior that is harming our young black boys and girls. Some highlights include talking about how to “turn little girls out” and recommending pushing a girl up against the wall, putting a little spit on the finger, sticking the finger inside her underwear, and seeing the magic happen.

Now I'm all for teaching kids about sex, but this isn't safe, and it would more than likely be called rape. Yeah, apparently doing possible forceful things with girls, is better than kissing, so he gives advice that will take these young boys “to the hole”. (I originally found out about this video over at The Root however, the video has been removed and I have not been able to find it anywhere else except for this video response someone made which has a few quotes and snippets of sound, but not the original footage. If someone knows where it can be found please share.)

Not only is it horrible that young boys are hearing this type of “advice,” but its really horrible that a grown man is giving this “advice” from a father's perspective.

We see everyday how boys and men are socialized to think that having sex (heterosexual sex mind you) is a defining part of our manhood. The script of being a man says we are supposed to have as much sex as possible, and if we aren't trying to have sex, or are thinking about having sex, it's an indicator that something is wrong with us. (And while this expectation may be magnified when it comes to black men and boys, it is most certainly not exclusive to us. Even white guys aren't immune to this one.)

Making sex with women/girls a defining part of our masculinity is not only severely limiting to our  identities (even moreso to gay black men) but it adds a sick misandrist justification to a lot of the behavior that ranges from having risky sex, to harming women and girls. It reduces us to mindless sex beasts that are just unable to overcome our lust. And even for those of us who aren't like that, there is still the problem that men and women who buy into those stereotypes, will bind us to them anyway.

Even if this oversexed thinking weren't so detrimental, there is so much more to masculinity that it's not called for to try to make any one thing a defining part of it. And it's certainly not called for to advocate a sexual activity that could be, and probably is non-consensual.
Posted by Renee at Thursday, February 23, 2012