Trayvon Martin and The Fear in a Black Mothers Heart 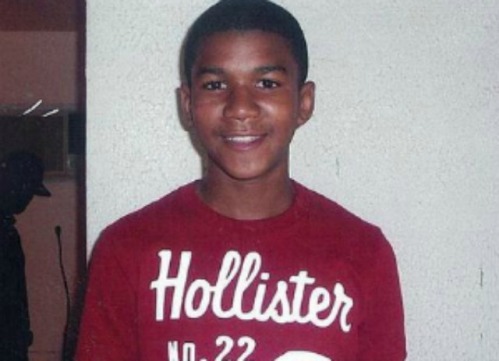 Please bear with me readers, this post is incredibly hard for me to write.  If you have been following the news, then you know about the shooting and death of Trayvon Martin.  Trayvon was on his way back from the store when he was followed and subsequently shot and killed by neighborhood watch volunteer George Zimmerman. Zimmerman first called 911 to report a suspicious person in the neighbourhood, and though he was specifically told not to follow the person, and that the police were on the way, he followed Trayvon and killed him.  In the 911 tapes, which the family had to sue to get released, Trayvon can be heard begging for his life and screaming for help.  Several of the neighbors called 911, but no one left the safety of their homes to help this boy.


From the very beginning, the police attempted to correct the statements of witnesses.  Zimmerman confessed to the murder of Trayvon, but he has since claimed self defense.  Trayvon was actively trying to evade Zimmerman, as was revealed by his girlfriend, who he happened to be on the phone with moments before he died.  How can someone running away present a clear threat?  Trayvon was only a 17 year old boy, and because he happened to be Black, he is now dead.


When I first listened to the 911 calls yesterday, I cried in my unhusbands arms.  Before his death I had never heard of Trayvon, but his death struck me so deeply.  His murder reflects my greatest fears for my sons and I found myself holding them closer and being more protective recently.  What happened to this innocent young boy is so horrific that it defies words. He died alone and afraid for nothing other than being Black. Zimmerman apparently identifies as Hispanic and has "Black friends," but the mode of thought employed to easily assign Tryavon a violent and suspicious motive has its roots squarely in White supremacy.  The murder of Trayvon, is a crime that has reverberated through the Black community and left us angry, and so very deeply wounded.


I cannot even begin to imagine the pain that his family is currently going through.  It is a terrible thing to lose a loved one, but to lose them to violence - there are simply no words.  What I can tell you about is how this has effected me.


The happiest days of my life were the days each one of my precious sons were born.  I remember looking at them as this overwhelming feeling of love washed over me.  I didn't know at the time of  their birth that this would only be a starting point.  Though my children have given me much joy, I have already had many sleepless nights worrying about their future.  The world has so many negative realities for a Black child, and no matter how much we love them, or strive to protect them, the truth of the matter is that we are helpless in the face of White supremacy and racism.

I worry about the kind of education that my boys are receiving and if they are being marked fairly.  I worry about the hate that I know they will have to struggle not to internalize.  The moment they leave the safety of our home, their race and their gender marks them in a way that no White person can ever really understand.  They could be followed through stores and accused of theft, as my little brother was at the tender age of four.  They could be hounded by the police, as my best friend has been for years, or they could be shot for the simple crime of being Black in public, as Trayvon Martin was. Zimmerman said repeatedly that Trayvon looked suspicious, and yet all he saw was a young Black male wearing a hoody.  He could only be perceived as suspicious, because Black males are socially constructed as violent criminals or thieves.


If the situation has been reversed and Trayvon had shot Zimmerman, I have no doubt that he would already be in a cell, because the criminalization of Black male bodies has been institutionalized. No matter what Trayvon's story was, it would have been act first and investigate later.  The justice system is anything but neutral when it comes to people of colour in North America.


In much of the discussion about Trayvon's murder, what I have seen to often is the belief that what happened to him is the exception, rather than the rule.  White supremacy has long preyed upon our children.  Black mothers have spent generations crying at the funerals of our beloved children and still yet, when these incidents happen, they continue to be constructed as isolated.  What they represent is an ongoing violent war against children both girl and boys, as well as men and women by White supremacy.  It is meant to demoralize and terrorize us.  Just as the murder of Emmett Till brought terror to the Black community, so to does the death of Trayvon Martin.


There is nothing that Trayvon could have done to protect himself, because Black to Zimmerman meant threat and violence; however, if one examines the history of violence between the races, it is clear, it is Whiteness who has been predatory, inhumane and unarguably violent towards people of colour.


There have been a few White allies who have spoken out, and though I appreciate their sentiments, I know that when something like this happens, it's easy to see racism.  It's the millions of everyday acts of violence that are perpetrated by Whiteness against people of colour however, that leads to a night like this.  These acts are continually ignored, or deemed benign, but each time a person is attacked because of their race -- and it is ignored -- it results in the social devaluation of all Black people. You as a person may not have held a gun in your hand, but if you have ever had a racist thought, or have actively or passively been racist, then your hands are no cleaner than Zimmerman's.  Zimmerman may have shot the gun that fired the fatal wound, but is his willing accomplice was White supremacy.


I love my children with every fiber of my being and I am not ashamed to be Black, but at the same time, I know that from my womb sprang a legacy which they cannot avoid.  Because their mother is Black, they are marked boys, who will one day be marked men, and no matter how much I love them,  educate them, and prepare them, there is no protection from the horror of White supremacy.  I cried as I was writing this piece - my heart filled with sorry for what happened to Trayvon, and fear for what could one day happen to my sons.  May you never know this burden.
Posted by Renee at Wednesday, March 21, 2012