We Don't Need a Debate on Abortion in Canada 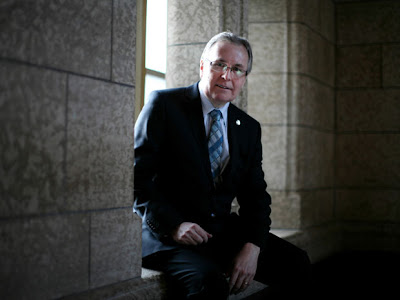 Those close to me know that I was absolutely disgusted when Harper was re-elected with a majority government.  I nearly took to my bed in sickness, but calmed myself when I remembered his promise not to re-open a debate around same sex marriage and abortion.  These are obviously issues that are extremely important to me, because they involve human rights - a subject that conservatives in Canada have a history of devaluing.  Harper as it turns out is just like any other lying politician.

OTTAWA — A controversial proposal from a Conservative backbencher to legally define fetuses as human beings — and reopen the abortion debate — will have its day in the House of Commons.

Tory MP Stephen Woodworth wants Parliament to create a committee of politicians whose task it will be to review a law that stops short of defining unborn children as “human beings.”

If parliamentarians agree to Woodworth’s request, a special committee would review Section 223 of the Criminal Code, which says a child becomes “a human being . . . when it has completely proceeded, in a living state, from the body of its mother.” [source]

What in the world is there to debate?  Did the process of reproduction change in some way that I am not aware of?  Did women suddenly become incapable of making decisions about their own bodies and ability or desire to mother?  What Woodworth is suggesting is the removal of personal autonomy and bodily integrity.  His argument about when a fetus becomes a child is a specious attempt to remove women's agency and rights to control our own reproduction.  Abortion has been legal in Canada since 1998 and I see no reason for this to change, because some uptight over privileged White man has issues with women's freedom.  His comments about a child being aborted five minutes from birth are particularly specious, as late term abortion is not legal in Canada.  He is simply ringing the gong and hoping to pull heart strings in the hope of eradicating our reproductive choices.


As much as I love mothering, and love my children, were I get pregnant today, I know that because of my health issues I would have to have an abortion.  What I don't need is some man who does not know me, or my living situation decide that he has the right to dictate to me what is right for my life or my body. His body is incapable of becoming pregnant or giving birth to a child.  He has no idea how invasive this entire process of labour and delivery is, or that in many cases it changes the shape of one's body for a lifetime.

Women are not just natures incubators for babies; we have lives and responsibilities.  I don't believe for one moment that his issue is concern for children.  This line of thinking is simply a veil for his misogyny.  Even as I write this piece, there is an ongoing discussion about laying off teachers and increasing class sizes in Toronto highschools to deal with a short fall in the budget, but somehow the best interests of the child does not involve dealing with that.  What about the fact that instead of getting daycare subsidy, something that working class Canadians would greatly benefit from -- we get a paltry 100 dollars a month -- which btw we must be declared on our taxes.  What can you do with a hundred dollars a month and since when do childcare concerns end at the age of 6? Even if your child is in full-time school, and you are one of the lucky Canadians who work the traditional 9-5, you still need someone to watch your child after 3pm.  What about during the summer months when there is no school at all? How about the Canadian children who are growing up poor because their parents are poor?

If Woodworth wants to convince me that he is concerned about children, then he needs to concentrate on the issues that children are currently dealing with.  These right to lifers are pro birth period because they never give a damn about what happens to these kids after they are born.  If he thinks Canadian women are going to passively accept an attack on our reproductive freedom, he has another thing coming.

No matter what laws you institute, you cannot stop abortion.  Women will always find a way.  If he doubts that, he simply needs to do some research on back alley abortions and how many women died from infection, or had their bodies ruined because they were forced into unsafe and unhealthy positions. Outlawing abortion would not lead to life, it would simply create more death, as women died trying to abort children they did not want to have.  History proves this to be true.

The best way to reduce abortion, is to give women good reproductive education, access to birth control and finally more support for women and children.  If conservatives want us to have these babies then they need to provide programs which are pro woman and pro child, rather than waving around the national deficit and stomping on every progressive piece of legislation that gets brought up.

I hope Canadian voters are paying attention.  This is exactly what you get when you have a conservative majority.  Unless you are White, male, able bodied, straight and with class privileged, they aren't interested in helping you.  I highly suspect that this is only the beginning of what is to come.  Don't think for one minute that this is not indicative of what Harper's government is capable of.  Rights are not static and can be taken away at any moment.

You can contact the Prime Minister’s office at [email protected] or go here for the form.
Posted by Renee at Wednesday, March 21, 2012