Dining Out and Racism 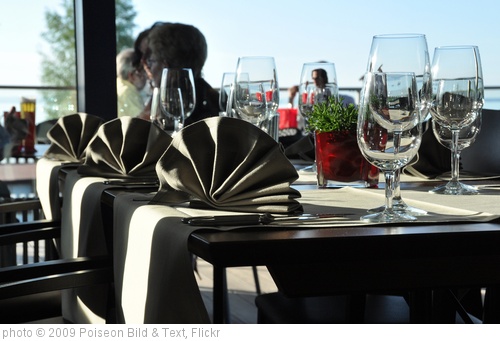 We live in a White supremacist world which means anytime there is an interaction between a White person and a person of colour, race is always present.  In many cases, this translates into a negative for the person of colour involved.  A new study has revealed that Blacks are receiving lesser services in restaurants.


Researchers wanted to determine the extent to which customers' race affects the way they are treated at restaurants, so the researchers surveyed 200 servers at 18 full-service chain restaurants in central North Carolina. The majority of the servers surveyed – approximately 86 percent – were white.

Survey results showed that 38.5 percent of servers reported that customers' race informed their level of service at least some of the time, often resulting in providing inferior service to African-American customers. Findings show that many servers perceive African-American customers to be impolite and/or poor tippers, suggesting that black patrons, in particular, are likely targets of servers' self-professed discriminatory actions.

The survey also found that 52.8 percent of servers reported seeing other servers discriminate against African-American customers by giving them poor service at least some of the time. Findings also show that restaurant servers share anti-black perceptions through racist workplace discourse, indicating a considerable amount of talk about the race of their patrons. Only 10.5 percent reported never engaging in or observing racialized discourse. [source]


What these waiters don't realize is that bad service will lead to no tip or a small tip, thus creating the perception that Blacks in particular are cheap or bad customers.  Having worked in the service industry at one time, I know that every group is capable of being proper ignorant, but one thing is certain, if you treat your customers like crap, you can expect not to receive a tip.   A tip is a gratuity and should be earned and not expected, since it is considered part of the servers wage.

Most of you are familiar with driving while Black, so I suppose this could be called eating while Black.  In the past few years there have been report after report, of service people using derogatory terms to describe their people of colour customers.  Even ordering something simple like a coffee, which technically requires little from the server and a small interaction between the staff and the public can be fraught with racism as the "chink eyes" incident at starbucks illustrates. It really is not a case of the chicken or the egg; the problem absolutely originates with racist views of people of colour.

I remember one incident in which the unhusband and I walked into a restaurant to have breakfast and we overheard the serving staff arguing because no one wanted to serve a nigger.  Even my White unhusband holding my hand was not deemed enough to grant me good service.  In another memorable incident, I walked into a restaurant with by Black male best friend and they attempted to seat us at the back of the empty restaurant, right next to the bathroom.  We were the only customers, yet we were apparently not entitled to sit next to the window or the front of the restaurant, though we were there to pay for our meal. These btw are only two incidents of many that I can mention.

What frustrates me about this is that these restaurants are more than happy to take our money, but treating us like human beings apparently is not on the menu.  This survey does not reveal anything new to people of colour, and in fact only serves as confirmation of the daily slights we are forced to deal with thanks to White supremacy.  Not for one moment are we allowed to be anything but the eternal "other".  People of colour are constantly accused of being to sensitive, and there is no acceptance of the fact that racism is an ongoing daily event in our lives.  This kind of shit is exactly why we are angry, and why we are entitled to our rage.  If you are White the one thing you can guarantee, is that your race will never say anything negative about you; whereas my Blackness speaks for me before I can even utter a word.
Posted by Renee at Wednesday, April 25, 2012