The Importance of Webseries 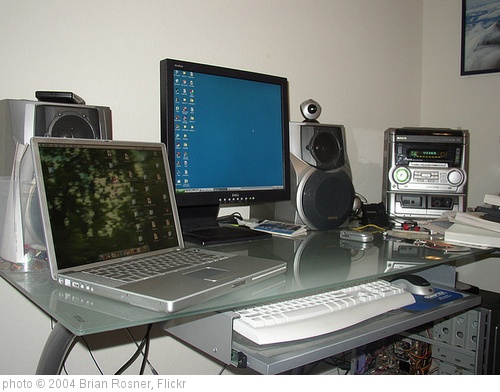 I have not been feeling well the last few days, and so I spent quite a bit of time watching webseries. For the longest time I had promised myself that I would watch The Misadventures of AWKWARD Black Girl and so I began there, and then moved onto Drama Queenz [note; I am a complete fanpoodle if this series].  Sparky and I have written previously about the importance of self published books, and I think that webseries are the equivalent in terms of television.  Shows that feature the lives of historically marginalized characters are rare and more often than not, we are relegated to the role of bff/sidekick, that is, when we are visible at all.  If shows featuring historically marginalized people was commonplace, there not have been such excitement surrounding the premier of  Scandal staring Kerry Washington.

It is absolutely imperative that these shows exist.  Young historically marginalized people need to see themselves reflected in everyday media.  These web series offer this chance, and that is exactly why The Misadventures of AWKWARD Black Girl is threatening to some.  This show beat out 783 other web series to win the 2012 Shorty Award for Best Web Show.   Shortly after the announcement, the creator Issa Rae was inundated with racist tweets. She responded with far more class than I would have. I highly doubt that a show that was written and produced by any other historically marginalized group would have gotten a different response, simply because we are not expected to take up any space.

Webseries give us the opportunity to tell our stories and create media that is true to our vision of ourselves.  We already know that most writing rooms are filled with straight White men and so it is hardly surprising that the few roles that they create for us are normally secondary.  Ironically, when  marginalized people complain about the bias in media, the constant retort is if you don't like it, go make your own.   Well the response to the success of The Misadventures of AWKWARD Black Girl tells us that what they really mean is be quiet and accept what we give you. You see, those that taunt that we should go make our own, are very well aware of the gatekeeping involved in the various forms of media, and so the fact that some have found a way around the many road blocks is infuriating to them.


In every version of media, or communications, in which historically marginalized people have found a way to make themselves visible, there is always, and I do mean always, some kind of strike back. White people complain about BET without acknowledging the hegemony of Whiteness in media. The Hunger Games proved that even when a character is clearly of colour, White fans simply envision a sweet little blonde haired blued eyed girl, and then engage in racism when forced to confront a girl of colour. Straight people complained that the popular HBO show True Blood is too gay, though it's portrayals of same sex relationships are problematic.   Want an adventure in sexism, try blogging while female. After her Academy Award nomination performance in Precious, there was much speculation that Gabourey Sidibe would never get another job.  Nope, her talent wasn't the problem; it was her fat dark skinned female body. Sidibe recently revealed that Joan Cussack told her to quite acting.


"What celebrity was I disappointed by? Oh, and it's not in a mean way, because I know that she meant well. I met Joan Cusack, who is my favorite favorite -- I love her -- but, it was before I became [famous] or whatever. I was at some industry party, and she says, 'Are you an actress?' And I said, 'Yeah!' And she says, 'Oh honey, you should really quit the business, it's so image-conscious.'" [source]

When Sparky dared to discuss homophobia in his recent recap and review of Game of Thrones, he was treated to a solid round of straightsplaining, which ultimately resulted in the ever popular, if you don't like it, don't watch it taunt.  This taunt is as popular as the aforementioned, go make your own.  So, we know that dominant bodies don't really want us to go and make our own but at the same time, they expect us to ignore the constant round of problematic examples that they give us. "Don't watch it," does not mean that these problematic characters aren't actively doing our communities harm.

The long short of it is, the common understanding of historically privileged groups is that we should take the crumbs and be happy. Independent media is threatening simply because they cannot control the message.  It challenges the undeserved hegemony of dominant groups and re-centers people who have historically been invisible.  Most importantly it, humanizes us; thereby universalizing our experiences as normal.  When people stop feeling threatened by the visibility of marginalized people in media, then and only then, will there be no need for us to turn to these alternative forms of media.
Posted by Renee at Monday, April 30, 2012