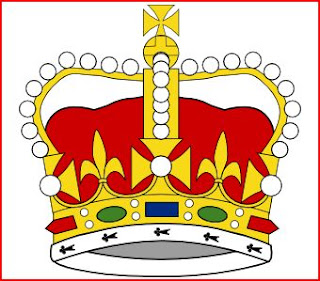 The back of the house has been especially repugnant recently and so that tells me that we are due for another installment of top troll.  Once again, I am going to publish some of the comments that did not make it onto the blog for various reasons.  Please select the one that you find to be the most heinous and if you are up to it after wading through the muck, please share in the comment section why you picked who you did.  I know that some of these will be difficult to read but I feel it is important to understand why viewing isms in the way that these commenters do is extremely problematic.

HBO's 'Girls' Is All About Spoiled White Girls


annie hamilton: As a person from a family with multiple races who loves TYler Perry shows I think it's high time this kind of show GETS some air time - STFU - for the past few years it's been "BLACK BLACK BLACK. get real people.

and what would people do if people actually wanted a "white entertainment television" (like there is a "black entertainment" station? huh? folks would crap. you know you would.
think about that.

seriously....put on your big girl panties and THINK about it for a minute. it's become a very ONE sided now. and it isn't right. I think it sucks.
this from a bi-racial pissed off girl.

Kelley: Aren't we the envious little witchie poo? Your 'privilege' to indulge your own narcissism leaves core principles of your citizenship neglected and Trayvon Martin dead from the retarded head games you've played your whole pitiful lives. I hate black racists as much as I loathe and despise KKK. You're both tumors and have earned lives in Afghanistan. Enjoy your Burqa. I'll bring marshmallows when you're setting yourself on fire to get away from the drug dealer who's pimping you out.

Sincerely,
Your sister in arms whether you f*cking like it or not.

Put Your Woman On A Leash


master: Lighten up bitch, what, are you on the rag?

It's Easy to Call John Derbyshire a Racist

Jennifer: It may not make a dent in your current beliefs, but white people also suffer from racism. In middle school, I went to a largely black school and was often a target for some of the boys and girls there. The boys constantly shouting "cracker" in my face, pulling my hair and pushing me and the girls telling me that "white women always have to swoop in and take all the good black men" when I was dating outside of my race. It occurs to me now that these 11 and 12 years olds were probably mimicking actions and dialogue picked up at home or on television. Whatever the cause, I didn't deserve it. Luckily, I had some good (also black) friends and black members in my family to stick up for me and tell me not to take it so deeply to heart.

I know that racism is still very prevalent in black communities, but you are not the only group affected. Asians, Whites, Native Americans, etc. all face different forms of racism every day. And instead of segregating our struggles (i.e. black people are always oppressed and whites are always trying to keep everyone else down), why not work together to ensure that ALL RACES practice acceptance, compassion and love for one another?

I don't get upset when other races talk about the racial disparities, but I do get frustrated when they act as if they are the only ones that experience it. From one human to another, I implore you to reach out on behalf of all races. I know, I'm doing the same.

jon: The Bible clearly says it is sin and unatural, Romans 1 is very clear along with several other passages of scripture Old and New Testament. The Bible also says to judge with righteous judgment so please be balanced when you talk about judging. Jesus came to die for our sins but also to give us new resurrection life to deliver us from the power of our sinful nature, for who the Son sets free is free indeed (read Eph. 2, Rom. 6). By the way are you not judging Kirk? Shame on you it's OK for you to judge but not him, hmmm. I have heard some powerful testimonies of former homosexuals who got saved and delivered from the bondage of their sin, who clearly say what they were doing was wicked and Christ set them free. Maybe His resurrection only works for some people. Please read the Bible and rightly divide it. In Christ and for Him.

In Memory of Shaima Alawadi

Albert Camus:  It never ceases to amaze me how self-declared progressives, like so-called feminists so quickly jump to the conclusion that it must have been white supr4emacists who killed Mrs. Alwadi. I guess it fits the trope they are pushing.

And why should it not be our place to question what other cultures sanction? Guess what, all cuktures are NOT equal. islam is a huide bound barbaric philosophy that the world would be better off without. Why? Be cause it is too wed to the past. Unlike other religions, it has never gone through the transformations that made the others tolerant, and truly the religion of peace and love. Islam must either undergo its own reformation, and cast off the old ways, or it should just simply go.