I have a new piece up at Clutch magazine 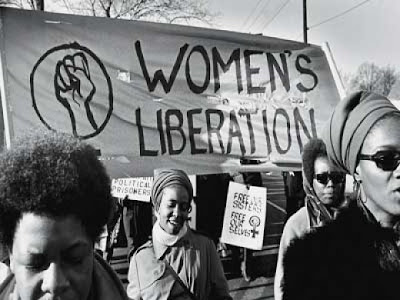 If you’re on tumblr, or Facebook, you might well be aware of a project that was started by sixteen women who currently attend Duke University entitled, “Who Needs Feminism?”  This project was started to help combat the negative associations that many currently have with feminism, as well as assert the ongoing imbalance between men and women.
The site explains:


“Identify yourself as a feminist today and many people will immediately assume you are man-hating, bra-burning, whiny liberal. Perhaps a certain charming radio talk show host will label you as a “Feminazi” or “S**t.” Even among more moderate crowds, feminism is still seen as too radical, too uncomfortable, or simply unnecessary. Feminism is both misunderstood and denigrated regularly on a broad societal scale.”

Many of the comments talk very specifically about things like gender-based violence, gender-based slurs, as well as reproductive freedom.  These issues are something all women must negotiate regardless of class, race, sexuality or ability that it is couched in a need for feminism.

There are always going to be those who say, “I am not a feminist but…” and then give a long list of things like believing in equal pay for equal work, reproductive freedom, and an end to things like slut shaming and the sexualization of female bodies in the media.  The Right has been very successful in constructing the word feminist to mean anti-male, rather than pro-woman and by extension pro equality and freedom.

The problem with this project is that it does not recognize that there is an extreme difference between the people who say, “I am not a feminist but…” and those who eschew the label because of a history of ableism, cissexism, racism, classism and homophobia on the part of mainstream feminists.  There are plenty of marginalized women who believe in what could be called feminist principals, who refuse to identify as feminist due to its continual focus on the needs of the most privileged women.

I am a disabled, working class, straight, cisgendered, Black woman.  This means the four sites of oppression I negotiate are disability, class, race and gender.  Each one of these isms negatively impacts my life and at any moment I can be perceived as “other” based in one of these identities.  These isms cannot be separated from each other because without each one, I would not be the person that I am today. Feminism constantly frames gender as the primary site of oppression, but continues to ignore that even when it comes to gender, though things like slut shaming and overt sexualization are an issue for all women, we experience it differently. Intersectionality in reality is more of a buzzword than anything else.