Black Women, Feminism and the Ever Popular ‘Mommy Wars’

I have a new piece up at Clutch magazine 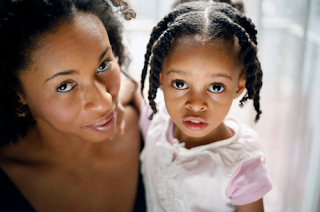 There have been many societal changes to our understanding of family, but most women will at some point take on the role of mothering, either through natural birth, foster care, adoption, or parenting a step-child. Like everything else women do,  motherhood is analyzed and talked about to death.  Is there a better way to keep 50% of the population on edge than the constant suggestion that we are failing to follow through on our so-called maternal instincts? The New York Times has begun a discussion about modern motherhood based on a book entitled, “Le Conflit: la femme et la mère” (“Conflict: The Woman and the Mother”) by French intellectual and feminist Elisabeth Badinter.  In a roundtable discussion, several female columnists are exploring the good mother/bad mother binary and the role feminism has played in how women perform motherhood today.

If you look through most parenting magazines, you will see an erasure of the experiences of marginalized women, particularly women of colour.  Our motherhood has always been complicated by aspects such as social class and racism.  When you have to worry about your child being shot for simply wearing a hoodie or children being educated in failing schools, somehow the debates of cloth versus disposable diapers, co-sleeping, and staying-at-home versus working take on a completely different context.  I was impressed when I realized that a woman of color blogger and columnist LaShaun Williams recently contributed to the discussion.  That is, I was until I read her article.
For Williams, feminism is the singular cause of the malaise suffered by the modern mother because “the present feminist climate pressures women to work. We should question why so many of us are working — single and married women alike. Is it because we bought the feminist lie that we don’t need a husband? Is it because we want to prove to the world that we are worth something? Or is it to live in a ritzy neighbourhood and drive an Audi Q7?” Williams writes.   I wonder if the author has considered that some women aren’t married because same-sex marriage is not legal throughout the U.S.  I suppose a little heterosexism goes hand in hand with gender essentialism. Oh monolithic woman, how I detest you.

At this point in reading her brief contribution to the debate, I had to pause and wonder about how this ahistorical piece of claptrap thought it could successfully pose a legitimate argument against feminism. This was truly a difficult thing for me because I identify as a womanist rather than a feminist, due to a long history of racism, transphobia, ableism and homophobia engaged in by White, straight, cis gender, temporarily able-bodied, class-privileged feminists.  (Yes, I know that was a mouthful.)  At any rate, there are plenty of legitimate criticisms that should rightly be aimed at feminism, but suggesting that feminism created a world in which children must be reared in a two-income household — and is responsible for the dissatisfaction experienced by working mothers — is intellectually dishonest at best.  It seems to me that the real issue is the demise of the Keynesian economic system. It is worth noting, however, that even in the imaginary golden age of the 1950′s which Williams references — a time when June Cleaver reigned supreme — Williams forgets that poor and working class women, regardless of their race, had to work to ensure the economic survival of their families.