The Bad Mother and the Uncaring Community 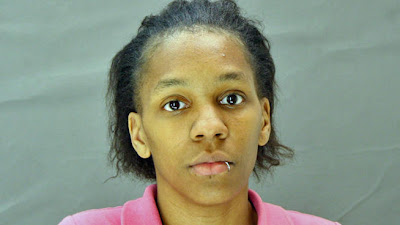 I normally try to avoid reading about situations in which a mother has been deemed bad and this is especially true when the story involves a WOC.  I came across the story of 26-year-old Brittany Hill who allegedly left her child alone in her apartment, as well as attempted to sell her four month old son for four thousand dollars.  As I was reading the story on The Grio, I found myself thinking, please, please don't let her be Black.  Sure enough, when I followed a link to NBC,  I discovered that Brittany is indeed a Black woman.

One neighbour said that she saw Brittany during her pregnancy and she seemed completely depressed. Now that Brittany is in jail, and the baby has been removed from her custody,  there were quite a few who stepped forward to suggest that had she asked for help, they would have been there for her.  Some in the comments are asking why she didn't just drop the baby off at a hospital or a fire station.  There was plenty of blame and recrimination.  Even the would be purchaser of the baby, who later turned her into the police, showed up to judge her.

From the sound of it, Brittany was depressed before she even had this child, which suggests that post partum depression would not have been unlikely. All children by their very nature and dependency are exhausting. A newborn means a lot of work, and very little sleep.  I have a partner and I can tell you that there were days when I thought I wasn't going to make it.  Even now, their first instinct is to say mom, in the most shrill voice possible, though their father is sitting in the same room with me when they want or need something.


Almost everyday you can read a story in the paper about some mother failing her child, and rarely do we ever hear about the father. As far as I know, women can't get pregnant by themselves, yet the gendered nature of the reporting implies otherwise. The media is very invested in telling one side of this story and that is particularly true if the mother in question is a woman of colour.

Despite the fact that society gains when children are well cared for and educated, many children don't get that chance, even when they have parents who love them dearly.  I am in no way suggesting that Ms. Hill does not love her son.  No matter what she has done, no one can really know what is in her heart. What I am saying is that no one is discussing the obvious, because it is far easier to shame after the fact, than to provide good reproductive health, which includes access to birth control and abortion, as well as social support to families with children.

What if Ms. Hill didn't want to have this child but felt that she had no other options?  What if she didn't have the money for an abortion? How about the fact that she was alone and probably overwhelmed?  Reading as the neighbours said that she should have asked for help, I couldn't help but wonder why they didn't ask if she needed any help? Day after day, trapped in an apartment with a child, being the sole support, with no one to spell you must have been beyond tasking and it is something that is so damn obvious, yet it is only now that it has been revealed that Hill did indeed need some intervention that those around her are bothering to say anything.  Of course they don't want the public to think of them as uncaring souls.

I have a senior man who lives very close to me, and since his wife died, my family has gotten into the habit of doing well being checks on him.  In the winter, Destruction shovels driveways for money, but he does our senior neighbours for free because he feels it's the right thing to do.  Of course, he still charges me LOL.  There is also a man across the street who lives by himself that I check on every few days if I don't see him out and about.  It doesn't take much time or effort on my part, but we know that it's the right thing to do.

Certain people are simply set up to fail, and when the inevitable happens, we blame them as though our inaction, and a lack of resources had nothing to do with their failure. If you give someone no help and no options, how can you judge them when they are incapable of dealing with the task set before them? You are never going to see this line of thought in any reporting on an incident like this because people don't want to see the ways in which they are connected and the fact that the theory of rugged individualism, which we have been sold for centuries is a lie.  If Brittany Hill is guilty, then so is everyone in that community who knew she was alone and did nothing to help her.  If Brittany Hill is guilty, then so is the father of that child by his absence.  If we are going to play the blame game, then we need to blame everyone, or no one at all.
Posted by Renee at Tuesday, June 26, 2012