The Mysteries of Engagement and Participation 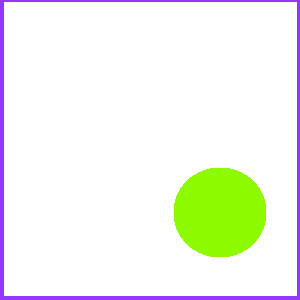 One thing I find interesting about my (admittedly feeble) attempts to engage the (white) trans* community during the #transchat on Twitter is how they wondered, as many white people do, how to get more PoC participation.

This was quite a few weeks ago.

One suggestion I gave to them was to actually engage PoC in the spaces we already are, instead of always expecting PoC to come to them. This seems to be a fatal error in most (white) movements. They so often expect us to come to them, rather than the other way.

Of course, my suggestion wasn't necessarily that hordes of white people should suddenly invade PoC spaces... but there are some venues where this would be okay. One such place would be here on Womanist Musings, a space where discussion is encouraged.

Now, I'm not saying that anyone needs to engage me because I'm certainly not the best or most articulate person about any of this gender stuff. I'm also not the most original thinker on this stuff. This is partially because in thinking through my gender stuff, I'm essentially re-inventing the wheel.

I don't read any scholarly material on these topics. I do read blogs and other stuff, but no books and no articles. Most of the material that I've seen out there is written by white people. And what isn't written by white people is still written within the white academic tradition. I've spent many years in the academic world (in an unrelated discipline) and I'm essentially your classic disenchanted scholar.

I have little faith in academia. All the things I've seen and experienced in it has shown me that there is nothing for me to learn about myself in it. Yes, I've thought through some stuff on my own only to see that someone else has already written it elsewhere. I don’t actually think that this is a bad thing, I find it encouraging to know that my thought processes and approach is not so far into left field that I’m standing on my own. It also makes me feel less like I’m just making things up to suit myself.

But I have been having good conversations with other non-cis PoC. We have conversations. We talk to each other about this stuff. And while it may often be the case that we are having a conversation where a white person might best participate by listening, many of the conversations to happen in public forums.

However, it often seems to be the case that in conversation and spaces where it could be appropriate for white people to participate, the discussions happen to the sound of crickets chirping. This only leads me to one of two conclusions: one, they don’t know where we are or, two, they know but actually don’t care to engage us on our terms.

The first I can see to a certain degree, since it isn’t always immediately apparent, especially in online spaces. But it is a high function of privilege to not even know that we are around and that we exist. And if they know and are simply not engaging... Then it is a different story.
Posted by Renee at Monday, June 25, 2012