Lessons I Teach my Children

Every summer I take the time to teach my children lessons.  I don't believe that summer vacation should be nothing more than a drain on the brain. As I write this, my oldest son is watching Schindler's List. I know that he has vague ideas about what happened in the Holocaust but this movie will show him in detail what happened. 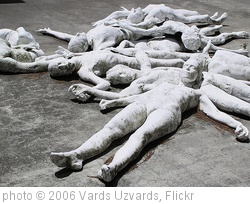 Much of what he knows about Black history he has learned directly from me and this is because the education system has completely erased us.  Though he is still a child, he has already had to carry the burden of what it is to be Black and male in White supremacist state and he has seen the disableism that I face. This summer my goal is to teach him about the nature of oppression and privilege and to do this, I think it's important to focus on all the ways that privilege and oppression manifest.

When you face a marginalization, it's far too easy to get caught up in the uniqueness of what you face because no two marginalizations are exactly the same.  The truth of the matter is that as much as we may be marginalized by our race, gender, or sexuality, the majority of us still have some form of privilege.

My son has learned about racism through his lived experience.  I have taught him about slavery, jim crow and the civil rights movement.  What I don't want him to believe is that this is the worst evil ever perpetuated by humanity.  I want him to understand that the true evil is "othering".  People have a tendency to engage in oppression olympics as though there is ever such a thing as a good oppression.  The truth of the matter is that anytime someone's humanity is denied it is an injustice.

Destruction is a sensitive child and I have to stop the movie every few minutes to answer questions and with each new thing that he learns, I can tell that he is becoming more and more horrified.  He wants to know why people just can't live together in peace.  He wants to know where this hatred for Jewish people came from.  Most of all, he is angry and I don't blame him.


In the days to come, I will teach him about the killing fields and the near extermination of Indigenous Peoples in North America.  I will show him all the ways in which humanity has been barbarous in the hope that in the end, he will understand the necessity of speaking up each and every time he hears or sees an injustice.  I will teach him the ugliness that his school will avoid  because this is the reality of life.  The fight for justice cannot be only about ending our own oppression but oppression period. I will teach him to recognize the various ways in which he has been privileged and why it is important to use this privilege to fight for justice.

There will be those who accuse me of ruining his childhood by showing him this much truth at such a young age but because he is already a marginalized person, the truth of the matter is that his childhood has already been cut short.  I don't believe in teaching children revisionist history and making the world into a rosy place.  I believe in raising them to be critical thinkers and to engage with the world in an honest and realistic way.  I will always tell my children the truth and I will always encourage them to question and learn for themselves; it is my gift to them.
Posted by Renee at Tuesday, July 03, 2012