A Romantic Weekend in Paris 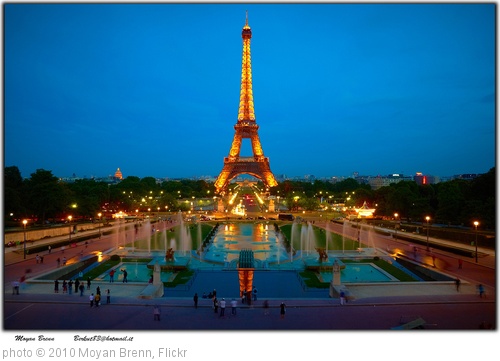 I must admit that Sparky works very hard and very rarely takes the downtime that he deserves, so I was really happy for him when he announced that his much beleaguered honey had planned a romantic weekend getaway. Apparently, his honey had chosen the location and made all the plans and did not tell him where they were going, which of course got a huge round of awwww from me.  How sweet and romantic is that?  I would have just been overcome but Sparky, Sparky was busy scheming about taking his kindle along on the trip to be able to read.

Thus began the twisting to try to justify bringing along his kindle.   I of course told him that what he should be doing on a romantic weekend is getting his groove on as much and as often as he could and re-connecting with his husband.  After all, if you are spending a lot of time in bed and doing it right, you shouldn't have the energy or time to read.  Am I right?

It turns out that his husband took him to Paris.  Let me say that again, PARIS!  Yeah, I know that the fact that he lives in England means that he is in close proximity to France, but come on, it was Paris. Just think of the cafes, bistros, romance - romance everywhere you look, and Sparky, the romantic dud that he is brought his kindle and then actually read not one, but a few books on the trip.  His first excuse was wanting something to read on the short two hour flight. Ummm hello, two hours, you couldn't sit next to him and chat on and off for a few hours?  That was a weak excuse to bring his kindle. Yes, I said it.

I informed the romantic dud that he was lucky his husband was so patient, because I think he deserves couch duty for this.  I would so have sent him to a dog house to languish, and hopefully languish painfully.  I would ignore his pathetic whines and big puppy eyes because yeah, Paris and he brought his kindle with him to read.  When we chatted last night he was still justifying what he did.  This is normally something I would save for a Sunday shame but the level of faulty logic and justification for being a dud reached such a level that I have been forced to publicly shame him today.  If your Beloved takes you to Paris for a mini break, you don't bring a book for distraction.