Being a Good Man 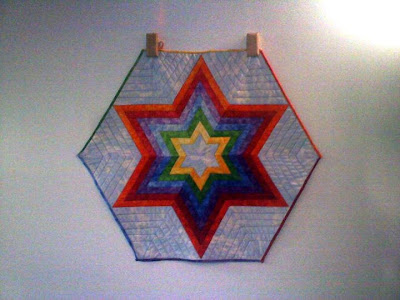 Ever since I have started the coming out and transition process, I have spent a lot of time wondering about how to be a good man, and how being a good man is different somehow from being a good woman. Throughout my life, I’ve known good men and bad men, plenty of good women. I’ve spend a lot of time thinking about the way that they both act, how all of those behaviors differ from one another, and what that means for me. I’ve managed come up with a few different lists, each with their own flaws, about ways that a good man behaves.

The first list is the old fashioned list. This is the way that men have been told for the few decades previously how they needed to behave in order to be good men. Good men provide for their families through their work. A good man doesn’t necessarily need to be rich, but he needs to do what he can in order to make sure that his family never goes hungry. A good man doesn’t cry and hides his emotions from his family. He doesn’t need help or ask for help. A good man is polite, kind, and respectful to his wife and his mother. He disciplines his children and makes sure that they are well behaved. He loves them, even though he keeps a firm hand over them. He is honest in dealings and keeps his word. If he drinks, he drinks in moderation. He lifts heavy things, holds open doors, and is a gentleman. The first problem with this list is that some of these things are inherently negative. For instance, men should be allowed to have emotions and they should be allowed to cry.  The other problem is that these things aren’t limited to men and really only apply in a world with very rigid gender roles. Women can protect themselves, they can lift heavy things, they can provide for their families. Nothing on this list really distinguishes a good man from a good woman.

The second list is a universal list. It is a list of things that make a good person. A good person is respectful of all people and their boundaries. This includes things like not using slurs or hurtful language and respecting people’s pronouns. It also includes respecting the fact that not everyone wants to be touched, and that they should check in before initiating a hug. It means that they understand that not everyone handles surprise in the same way, and that they shouldn’t startle people they don’t know really well. A good person checks their privilege. They understand the ways that they can oppress people and avoid those things as much as possible. They know better than to try to use the same reclaimed language that their friends do, and they don’t complain about it, because they understand how oppression works. More than that, they understand how their own oppressions don’t give them a pass on anyone else’s oppressions. But again, this list is a universal list. This is a list of things that everyone should do, in order to be a good person.

And maybe that’s the point in the end. As hard as it might be for me to let go of the idea that a good man isn’t all that different from a good woman, the reality is that a good man and a good woman (and everyone in between) don’t behave all that differently. There is nothing inherently masculine or feminine to being a good person. It also reinforces the gender roles that I hate so much if I try to say a good man behaves this way and a good woman behaves this way. Behavior shouldn’t be gendered, people should behave in whatever way feels most comfortable. So maybe, in the end, my journey and process about becoming a good man should be more about becoming a good person. I am already a man, even if my body is still changing to look more masculine. I don’t need to act any differently because I am a man. In the end, I should be more worried about how my actions reflect on me as a person and not on me as a man. I’m going through transition to make who I am in my head reflect on my body. It would be a very silly thing to go through that whole process only to behave in a way that is contrary to who I am.