When most people think of blockbuster Black male actors, there can be no doubt that two time Oscar winner Denzel Washington would not only make most people's list, he would be high on the list.  Washington who has been married for many yeas, and leads an extremely private life, is the consummate professional and holds a lot of sway in the Black community when he does speak. At 57, Washington is at the top of his game. It is hardly surprising that he was featured in next month's GQ. Like many, I was very excited to read the interview until I came across the following: 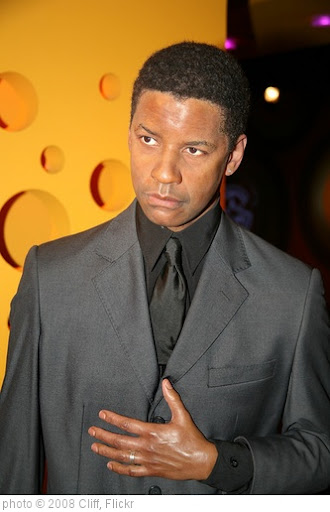 How did you feel about Obama endorsing same-sex marriage?
What did he say about it?

He said he was in favor of it. That he didn't oppose it.
What does that mean? [laughs]

There are some who would say that Washington's response was neutral and an attempt to avoid controversy; however, when you are talking about the civil rights of a historically marginalized group, there is no such thing as neutrality.  One either unequivocally supports equality for all people under the law, or one is fine with oppression.  It's very simple folks, and there is absolutely no room for grey.


I think what bothers me the most is the idea that an opinion in something like this is somehow neutral. If you are straight and disagree with same sex marriage, what you are essentially saying is that you are unwilling to give up any of the power that comes from heterosexual privilege and that inequality under the law is fine, as long as it does not negatively impact you. This is the essence of privilege.  It is the ability to act in a way which negatively impacts a historically marginalized group, while gaining or maintaining social power. Same sex marriage cannot be something that we agree to disagree on because it comes down to a human right.

Washington was raised in the church and I cannot help but wonder how much of his refusal to agree that same sex marriage should be a right afforded to all gays and lesbians, is based in conservative Christian theology? Politically, Washington claims to be an independent - liberal/progressive in some areas and conservative in others. He's right, people can disagree with same sex marriage and in the same vein the GLBT community and those who support their fight for equality, have the right to label this supposed disagreement exactly what it is - homophobia.

Washington's response to the question on how he feels about Obama's choice to support same-sex marriage greatly disappointed me.  There are plenty of high profile people of colour who support same-sex marriage; however, unfortunately, the social impression is that Blacks are more homophobic than any other racial group.  Each time someone who is high profile says something homophobic or refuses to endorse equality for all people, it furthers the impression that Black people are so vested in maintaining straight privilege, we are willing to cast aside our long history of speaking truth to power, to oppress another historically marginalized group. In that very brief moment, Washington lost a chance to speak forcefully on the side of the moral right.

I know that there are those who believe that same sex marriage is controversial but when has any social progress ever been deemed to be anything but?  When women were fighting for the vote, suffrage was considered controversial.  When were fighting to strike down Jim Crow, that was deemed controversial.  Figures from our past like Elizabeth Cady Stanton and Martin Luther King, were seen as controversial in their time, and yet today their heroism is wildly lauded.  There will come a day, hopefully not far from now, when we look back and ask in wonder about the fact that same sex marriage was deemed controversial because we will have then deemed it a civil right; however, that day will be long in the future, if people of note don't stand up to be counted.  When it comes to civil rights, one is either on the right side of history, or lost in the effort to stop human progress. If you don't believe in same sex marriage, then don't marry someone of the same sex, but for heaven's sake, stop stalling progress and hurting others in the process.