Who You Find Attractive is Not Neutral 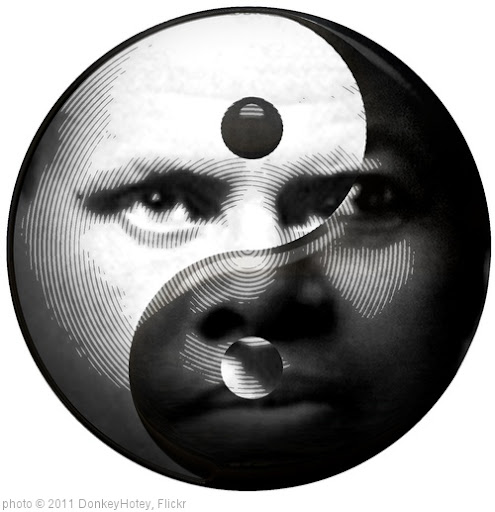 Every once and a while I like to go back through the archives of the blog to see if my writing has improved and how the way I think has evolved.  I came across a post I wrote in 2010 entitled, John Mayer: “My dick is sort of like a white supremacist” I read through the comments again and one in particular really stood out to me.  Essentially, it supports the idea that it is not racist for a White person to declare that they are only attracted to other White people.


Being honest about personal taste is not racism. Saying out loud what most people accept as a given is not racism. I don't like his music, but it's not like he said anything that I haven't heard expressed by people of many ethnicities. I've personally heard "sorry, you're cute and sexy, but I only date black guys" from black girls more than once.

If you think Mayer's a racist, then you must think Sir Mix-A-Lot is racist and/or sexist as well. Get over yourselves.

One of the most popular posts on this blog of all time is entitled, Which Race Has the Most Beautiful Women. I wrote it in 2009 and it still get hits daily and the occasional comment from White people, asserting that it is only natural that they are considered the most beautiful. In fact, just last week it received the following comment, which is currently languishing in the spam section.

This is so cheap, picking on women's skin quality. This is the cheapest argument I see in Asian and Black women that like to use against White women. You know what? We may develop wrinkles easier than you do, but at the end of the day, guess who gets most of the dates. Hmmm? I guess your ''ageless'' skin doesn't help much, doesn't it?

As long as we live in a White supremacist state, White women will be held up as the epitome of beauty and positive characteristics that come with being considered of colour, will be denied and seen as an attack upon White women. Like it or not, Black women tend to age more slowly, don't wrinkle as early and generally speaking have clearer complexions.  If you don't like it, then complain to the deity you worship, but denying the truth of it only makes you look silly.  There's a reason the saying, "Black don't crack," is so damn popular.


Ahhh, but I digress.  The reason I started writing this post is because I believe the nature of attraction is not nearly as neutral, as it is socially made out to be. Let's start with the fact that White people have far more representation in the media.  The higher the profile, the more likely that the role will be played by a White person.  When people of colour appear, they are tokenized, regardless of the race to which they belong and often cast in stereotypical roles.  We are not meant to believe that POC are smart, powerful, or the least bit attractive.  It's not an accident that many of the actresses who have been successful, are light bright and damn near White, but still yet, they have difficulty getting jobs.

So from birth, to your first feelings of sexual arousal, chances are that you have been shown White faces and told repeatedly that you are to find them attractive. This, coupled with the fact that people of colour are then constructed as ugly and wild, elevates Whiteness to the standard of beauty to which all must bow down to.  People of colour are those that you use for your sexual experimentation, a thing to be fetishized, but not the people that you take home to good ole mom and dad.  You want a dick so large that when it's inserted into your body, you fear that it will exit your mouth, find a Black man.  You want a woman to do all of the sexual activities you secretly fear are perverted, find an Asian woman because everyone knows they are all supposedly submissive.  If you cannot find an Asian woman, a Black woman will do in pinch, because all that goes through our minds is sex supposedly.  Unfortunately, because they have been so greatly feminized and have been constructed to all have little Toyotas (read: small penises) Asian men don't feature high on the get your freak on scale. Do you want someone who exists to turn you on and bring you to new sexual heights, then of course you need a [email protected] or a Latino.  But when it comes down to the all American girl or boy next door, then and only then do you find yourself a nice White man or woman.

Beauty and purity go hand in hand and they both are categorized under the heading of White.  Yet, somehow, love and feelings of attraction come out of nowhere.  It's just nature, your baser instincts at play.  You can't fight biology we are told and all of the social conditioning that happens from birth to the grave is deemed meaningless, when it comes to getting your grove on.  Even POC internalise this bullshit, though it actively oppresses us on a daily basis.

I am a straight woman and therefore I like men.  When I think about sex, without doubt there is a man involved.  Sometimes the men are White and sometimes the men are of colour. The only thing that they all have in common is that they are male with hopefully a rather large dick (TMI I know, but suck it up and deal)  Though my unhusband is White, I still need to actively think about why I find someone attractive.  Have I internalised negative ideas about men of colour, or do I simply want to jump this White guy's bone?  There are POC who refuse to date outside of their race, but that is a far different statement from saying, I don't find anyone of that race attractive.  It's a political decision to choose to date only people of your own race, regardless of whether the person doing it is White or of colour. When a POC does it, it's not because they're racist, though White people would have you believe otherwise.  It is because they don't want to be a fetish, or perhaps they don't believe a White partner can understand their journey, or even because they have experienced so much racism and negativity from White people, they assume that everyone they meet is the same.  Yes, that's prejudice, but it's a prejudice that has been earned by the behaviour of White people.  It's a prejudice that continues to built upon everyday. When White people refuse to date out of their race, it's not because of a desire for self protection; it's about a belief in the superiority of Whiteness, even if they are unwilling to admit it to themselves.

Who we find attractive can never be a simple matter of happenstance, when one group continues to be elevated above all others, and thus, who we end up dating and falling in love with is not neutral either. If we are all born into a specific discourse, how can we claim anything to be neutral?  Forces influence us everyday and most of the time they are so insidious, we don't even realise that we are being acted upon. This is why it takes a lifetime to truly unpack and understand privilege and power.   It is comforting to see yourself as liberal enough not to see race but when something supposedly as innocuous as who you are attracted to can convict you, there certainly is not a single person who is free of bias and at times, outright racism.