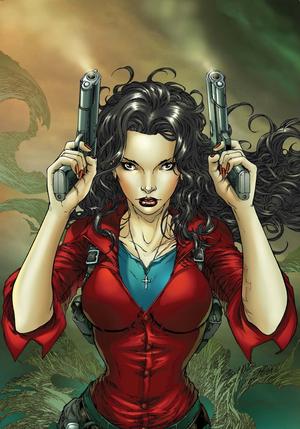 I can understand the reaction. Most books and series simply don’t have any GBL inclusion at all. And when they do it’s usually one or two characters, in minor roles (usually as best friends and support staff - barely even side kicks). We have started praising even the tiniest inclusion - it’s depressing when we see even progressive blogs analysing media, praising Teen Wolf for its single bit-token gay character, while criticising it for its portrayals of other, more numerous, minorities. So when we see a series that has several GBL characters it is extremely rare and it is tempting to praise it - especially when tiny, virtually characterless tokens are seemingly due fawning.

The easiest place to begin is to look at some of the villains of the Anita Blake series, because I think I spot a pattern:


Did you catch the pattern? When you have more GBL rapists in a series than you can count on the fingers of one hand? There’s a problem.

But, of course, not all the GBLT people in the book are villains - but let us look at how these are portrayed. Firstly, the series does its very best to make the men in Anita’s immediate circle as straight as possible while still opening up the possibility for the hawt mansex. Byron makes it clear that Jean-Claude massively prefers women and that Asher is “an exception.” (Nearly had a bisexual character as a leading man there, - danger! Danger!) Much the same applies to Micah, maybe Jason and even Nathaniel. In later books, Laurell K Hamilton learns the phrase “heteroflexible” and instantly stamps it on Anita’s men rather than risk having gay or bisexual men running around as major character.

And the “hawt mansex” is labelled there for a reason - because the sex between men is presented in an extremely fetishistic manner. While Anita is happily in her merry threesomes, foursomes, moresomes - the man keep touching each other to a minimum for fear of upsetting her (and gods forbid that affection between men offend a straight person). This changes when Anita lets it be known that she likes to watch 2 men get it on, then everyone gets in on the heteroflexible action for Anita’s viewing pleasure. The affection and sex between 2 men became acceptable only because a straight woman enjoys it. That is fetishistic in the extreme, really homophobic - and one of the Slash and M/M genre’s biggest problems.

With the heteroflexibleness, there’s actually only one of Anita’s men who is actually allowed to be bisexual - and that is Asher. Oh some of the tigers may be, but if you can even remember their names at this point, it’s only because you have a very good memory and they have very very very ridiculous names.

Asher - the biggest, whiniest drama queen the books have ever seen (perhaps even surpassing Richard, but at least Richard’s are based on real issues). He stomps, he pouts, he sulks, he has epic, whining tantrums. He dishes out emotion laden ultimatums, his ego constantly needs pampering, he wallows in angst, he’s possessive and he is ludicrously over-emotional. Surrounded by all these heteroflexible guys, it’s the actual bisexual who is throwing his toys out of the pram, unable to control his emotions and generally wallowing in that stereotype. At this point, I actually loathe Asher more than I loathe Richard or Micah.

Racism in the Digital Era

Most aware people know that the internet can sometimes be nothing more than a cesspool. There are sites where I absolutely refuse to read the comments because I know it will be an explosion of bigotry but what if something far more insidious is going on? Have a look at the following video. 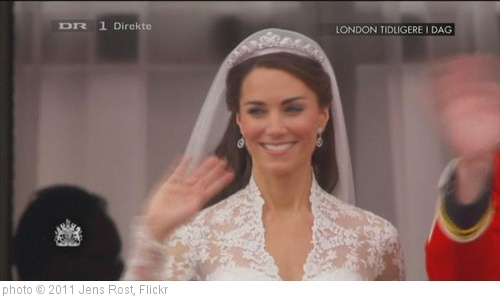 Though I am well aware of the issues that come with monarchy, including the celebration of excess and privilege, I must admit that I am always pretty aware of their presence in the media.  Much like when Diana married Prince Charles, Buckingham palace very much needed to be infused with the youth and vitality brought by Kate Middleton, though technically, she is little more than a brood mare on a large stage. It may sound cruel, but who could deny that it's perceived as Kate's job to push out an heir and a spare as quickly as possible. Within weeks of her marriage, the royal baby bump watch began in earnest and has not stopped.

The media is all a flutter regarding Katie Couric's comments about the Duchess of Cambridge.


An audience member asked Couric who her dream interview would be. "Kate Middleton," the host replied before adding: "I think she needs to eat more, though because she's so thin".

There is no doubt that Middleton is slim and it didn't help that she lost quite a bit of weight before her wedding.  She could simply be a woman who is quite naturally slim - such things do happen.  Unless there is evidence that she is binging and purging or starving herself, any commentary on her body is extremely inappropriate.  Women come in all shapes an sizes but you wouldn't know that from the media's penchant for shifting goal posts and unrealistic expectations.  If Kate happened to be a full figured woman, the media would waste no time fat shaming her.  Sarah Ferguson is an admitted emotional eater, who gained weight due to her feelings of isolation and the pressure of a royal life and the press had a field day shaming her.
The truth of the matter is that any woman who leads a public life will inevitably be subject to body policing. Rhianna, Fergie, Tyra Banks, Jessica Simpson, Oprah Winfrey have all been subjected to body shaming because of their weight.  This includes anti-fat comments, as well as purposefully unflattering pictures of them eating.  They serve the purpose of keeping these widely successful women off balance and always second guessing themselves.  Though this has begun to happen to men, it is not even close to the degree of regularity that it happens to women.
Read more »
Posted by Renee at Thursday, September 06, 2012

Jimmy Kimmel is Pranking Kids Again and not Everything is Funny

Kimmel seems to just love getting parents to pull a fast on their kids for a laugh.  As a parent there is a big part of me that gets why parents are so willing to do this.  No matter how much love your children, they absolutely get on your last nerve from time to time.  Sometimes there are days when you think they are on a personal mission to ensure that you snap. Both Mayhem and Destruction are particularly adept at this.  On the other hand, I cannot shake the feeling that there is some cruelty involved in this.  The intention is not to laugh with your children but laugh at them.  The moment you start to laugh at someone, it's no longer just good clean fun.

Why Are We Talking About Paul Ryan's Ex Girlfriend? 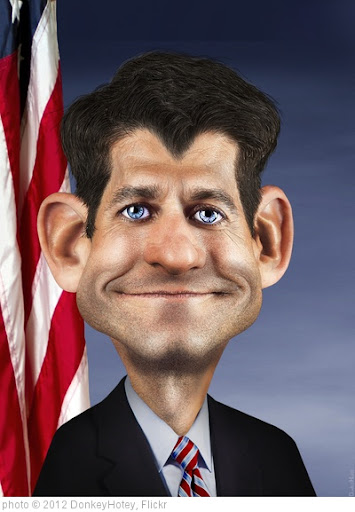 The minute Ryan announced that during college he dated a Black woman, I knew it was going to be a bad situation all around.  First off, fending off charges of racism with hey dated a Black woman is a hot mess.  Marginalized people cannot and should not serve as a get out of jail free card. Having a relationship with a marginalized person at some point in no way proves that one is not bigot, or has not engaged in some form of bigotry, especially when this comes from a White, straight, cisgender, able bodied man of class privilege.  To make sure that Ryan got his message across, he claims be a 'big, big fan' of Martin Luther King and a staunch advocate of civil rights."  If any of that were true, he wouldn't be on a Republican ticket, being led by Mitt the flipper Romney.

Ryan didn't think about what his little revelation would do to Deneeta Pope - the woman he met and dated 20 years ago at Miami University.  Ryan was only interested in picking up whatever political capitol that he could gain. Of course, it didn't take the press long to track her down and delve into her personal life.  There is absolutely no way that Ryan could even conceivably argue that this wasn't going to happen, from the moment he announced that he was once cool enough to be in an inter-racial relationship.  He's got swirl points folks. Though the two have reportedly remained friends over the years, their romantic relationship wasn't particularly serious.  Why is it important for the world to know about a romantic relationship that was fleeting?  The only reason that this became a part of the conversation, is that the party of Lincoln is well aware that they have a better chance of being struck by lightening, than getting even a small percentage of the Black vote.  Sure, some of this is because Blacks want to see Obama get a second term, however; what Republicans refuse to acknowledge is that you cannot support policies which are detrimental to people of colour, married with statements that reveal a desire to hold onto White privilege and still expect to get the Black vote. This makes Deneeta Pope nothing but a tool for Ryan and the Republican ticket.  Their version of the American dream supports the ongoing oppression of people of colour.

This time the Unwritten Rules looks at what happens when it's time to do a little mixing outside of work.  I don't know about you, but I have never been found of these gatherings because people invariably talk about work, or use the party as an excuse to show their arse to the world.  This occasions can be particularly difficult if you happen to be the only marginalized person in your workplace.  All of a sudden there is the expectation that you perform your marginalization.