I bet you thought that I forgot. 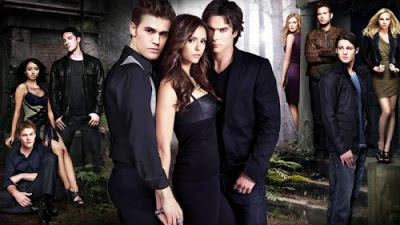 Elena wakes up with Stephen waiting by her bedside.  He tells her that she was in an accident, and Damon says that Matt is alive. Damon is clearly upset that Stephen didn't save Elena instead of Matt.  The two of them tell her that she is now a vampire, which upsets Elena, and so Stephen tries to calm her by saying that he talked to Bonnie and there may be something that she can do.  We aren't even five minutes into the new season and already they have found Bonnie work to do saving Elena. It's also worth noting that when Bonnie's mother became a vampire that she didn't even try to halt the transition. Why is Elena so important when her own mother wasn't? Damon believes that Elena should just feed, but Stephen counters and reminds Damon that she has all day before she has to feed.  Damon is not convinced and says, "we all know the drill, you feed or you die. There is no door number three." Elena says that she was ready die and that she was supposed to die because she cannot be a vampire. "If there is something that Bonnie can do, we have to try," Elena cries. Damon replies, "your choice Elena as always," and leaves the room. Oh woa is me, let the angst begin.

The brothers start to argue about Elena's decision and Stephen says that he made a choice that he will regret for the rest of his life.  Upstairs, Elena looks in the mirror and starts to examine herself for any changes.  Jeremy enters and asks Elena if she is okay and he tells her that he watched Vicki go through this and it was a mess.  Jeremy tells Elena that she needs help, but she snaps and says that she  is fine.  Jeremy says that when he was shot, Bonnie made some plea to the witch spirits and Elena points out that the consequences were horrible.  Jeremy believes that nothing could more horrible than Elena turning into a vampire. "I need my sister, not another one of them," Jeremy says.  Elena assures him that they are going to find a way out of this and that everything is going to be okay.

Bonnie is looking into a coffin at Klaus' body when he approaches. Bonnie is not impressed and reminds him that the deal they made is that as soon as they found another body, he would jump into it and leave Tyler alone.  Klaus says, "yes, but fate intervened and there I am, put me back." Bonnie says that she cannot because she has to help Elena, but Klaus being the logical one says that Elena is dead and no longer his concern. He grabs Bonnie by the throat and threatens to rip her tongue out if she does not put him back in his body.  Bonnie counters by reminding him that if she can keep Elena human, he can have an endless blood supply to make his hybrids. Klaus releases Bonnie and says, "same rules apply, no one knows."  Though Micheal Trevino isn't as great as Joseph Morgan, I have to say that I am pretty happy that they brought Klaus back.  He really is the most interesting character since they have decided to make Damon soggy.

Pastor Young shows up at the hospital and says that he is there to check out the blood because it has a habit of flying off the shelves. He makes it clear that he is there with council authority and that unlike some of the founding families, he doesn't have conflicting interests. When Meredith asks what he means by this, Young says "Alaric told us everything and it's probably time for you to start looking for a new job."

Slavery WAS An Abomination 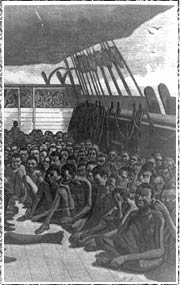 the institution of slavery that the black race has long believed to be an abomination upon its people may actually have been a blessing in disguise. The blacks who could endure those conditions and circumstances would someday be rewarded with citizenship in the greatest nation ever established upon the face of the Earth.”         Jon Hubbard (R) Arkansas state rep

What is it with white male conservafools trying to justify slavery and their vanillacentric privileged bigotry of African Americans on a regular basis?   As a descendant of an ancestor who arrived in New Orleans in chains in 1810 I strenuously object to your vanilla scented assessment of America's original sin on multiple levels.

I sincerely doubt that my ancestor or others who has the misfortune of being captured and given that less than luxurious boat ride from the Mother Continent considered it a blessing in disguise. 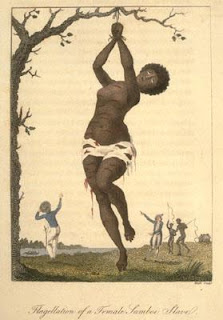 Lets see.  You get kidnapped away from your home, marched to a coastal slave castle, loaded onto a slave ship from there in chains, packed like a sardine for the horrific Middle Passage to these shores or elsewhere in the Western Hemisphere (in which an estimated 2-6 million people died during that Atlantic crossing) being sold on the auction block and then forced to work without pay under brutal conditions.

Heaven help you if that ancestor was female.  In addition to dealing with all of the above, you also had the added trauma of being raped at every stage of the process in addition to watching the children you gave birth to being sold off.

So in your jacked up line of conservathinking Jon Hubbard, we African descended Americans should be bowing down to you almighty conservative whiteys for making us the original undocumented workers, forcibly separating us from and erasing knowledge of our African heritage and culture, destroying our families, and bringing us here to do the work of building this 'greatest nation on earth' you so called God fearing Christians were too lazy to do.
Read more »
Posted by Renee at Tuesday, October 09, 2012

Let’s Tell the Truth about Marriage 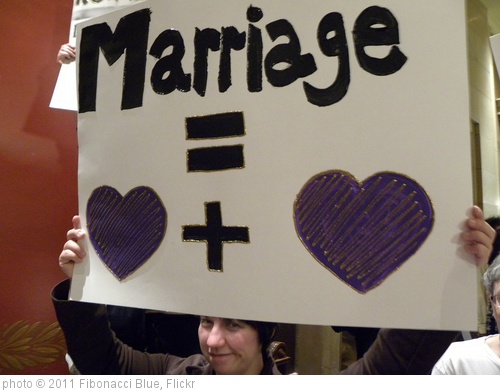 It’s hardly a surprise that during an election year that marriage equality is a hot button issue.  We have seen the president shift his position to move beyond his support of civil unions to approval of same gender marriage.  Barack Obama is the first sitting president to make this announcement and it is absolutely historic. The republicans however continue to be on the wrong side of history and civil rights on this issue.

Focus on the Family works actively to oppose marriage equality and its founder James Dobson, co-author of the Left Behind series, has an extremely long history of promoting ex-gay therapy.  His approach specifically stigmatizes homosexuality and has had negative consequences to those members of the GLBT community who have participated.  He bases all of his beliefs, in a fundamentalist anti-woman Christian theology.

Paul Ryan who is Romney’s running mate has a solidly anti-gay voting record in Congress.  Jim Daly, the current president of Focus on the Family recently had the following conversation with Paul Ryan.

Daly: "Focus on the Family has been behind the scenes working for years to defend marriage and to speak out for marriage and the importance of marriage. I think thirty-two out of thirty-two states where we have helped put a ballot initiative or some other mechanism in front of the people, we have won that thirty-two out of thirty-two times. It seems like when it’s in front of the people they vote for it, if it’s the state-level judges they will try to do it by fiat or if it is simply some other mechanism, the State House passes it without the vote of the people. For the Romney-Ryan ticket, when you look at marriage, what do we need to do in the culture to lift up and strengthen the very core building block of society and that’s family."

Ryan: "It’s the foundation for society and for family for thousands of years. First of all, Mitt Romney and I — I’ll just say it, it’s worth repeating — we believe marriage is between one man and one woman, that’s number one. Number two, you know where I come from we had one of those amendments in Wisconsin, I was a big supporter of it and we passed it like you say, where it’s put on the ballot it passes. The second point is, President Obama gave up defending the Defense of Marriage Act in the courts, I mean, not only is this decision to abandon this law the wrong decision, it passed in a bipartisan manner, it is very troubling because it undermines not only traditional marriage but it contradicts our system of government. It’s not the president’s job to pick and choose which laws he likes. A Romney administration will protect traditional marriage and the rule of law and we will provide the Defense of Marriage Act the proper defense in the courts that it deserves."

Conservatives are very fond of floating the lie that marriage is the foundation of our society and family life for thousands of years.  Each time this get brought up, it’s a bold face lie and an engagement in revisionist history. The foundation of modern day society is the oppression, rape and murder of women and indigenous populations through male White male led violence, in pursuit of capitol and power.  The traditional patriarchal family is nothing more than one of the many vehicles employed. 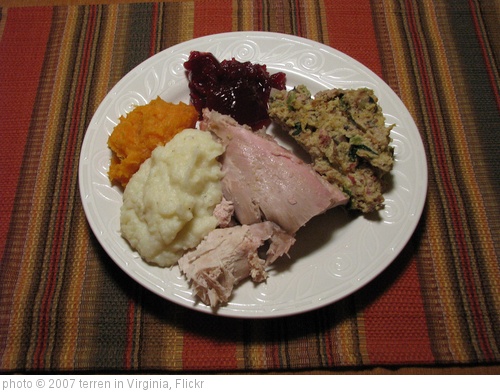 Hello fellow cannucks. I just wanted to take this time to wish you a happy thanksgiving. I hope no one gets the wrong idea about stuffing oneself with too much turkey meat. We don't want to end up in the operating table... for a lipo and a tummy tuck! I got up early to stuff the turkey and pop it in the oven and make a huge breakfast for the family. I have to admit the house smells great.  At any rate, may you have a great day with your family, and may no one pass out drunk in the mashed potatoes.