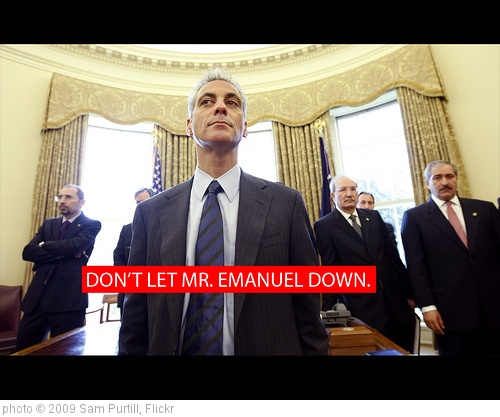 Rahm Emanuel the mayor of Chicago is heavily invested in getting parents and teachers to interact.  This is a lofty goal because the more a parent is involved in a child's education, the more successful a child will be.  There can be no doubt that Chicago schools are failing their youth. To encourage parent interaction, Emanuel has decided to partner with Walgreens.


Mayor Emanuel and Walgreen Co. CEO Greg Wasson announced today a new public-private partnership that creates a pilot incentive program aimed at encouraging parents to become more involved in their schools and part of new efforts CPS is undertaking to better engage parents across the district. The pilot provides parents with a “Balance Rewards” card with 25,000 points, worth the equivalent of $25 in Walgreens in-store purchases, when they pick up their students’ report cards and participate in parent-teacher conferences during Report Card Pick-Up days. The pilot will begin this fall with 70 schools across the city that have historically struggled to engage parents. (source)

There has been much speculation about this plan and a suggestion that this is something parents should be doing automatically.  I certainly agree that it is a parents responsibility to engage with teachers but I think this payout plan is not a solution.  Families don't work like they did in the 1950's.  Chances are both parents are already working outside of the home, if it is a two parent family. In many cases, people are working longer hours and many people don't work the standard 9-5 with weekends off.  There are also disabled parents who might find going to a school difficult for various reasons.  None of these factors mean that a parent is not engaged with their child or devoted to ensuring that their child receives the best education possible.

One of the reasons that the GOP believed that Barack Obama was elected four years ago, is that they weren’t conservative enough.  This election cycle, several GOP candidates increased their misogynist rhetoric and engaged in what can only be described as a war against women.  Considering that women make up fifty percent of the electorate, this was hardly a smart decision, as the election results proved last night.

Todd Akin who referred to doctors who provide abortions (which by the way is a perfectly legal medical procedure), as “terrorists,” didn’t fare well last night.  Apparently these doctors who have undergone years of medical training perform abortions on women who aren’t actually pregnant and scare women into making the decision to abort.  By his reasoning, women aren’t capable of making up their own minds about what to do with their bodies.  Todd Akin also at some point must have failed basic biology because he also believes that women cannot get pregnant from rape. “If it’s a legitimate rape, the female body has ways to try to shut that whole thing down, Akin said.”  Don’t feel sorry for Akin because he lost the election last night to the incumbent Sen. Claire McCaskill because he now has time to go back to school and actually learn some basic biology.  Education should after all be a lifelong effort.

Tom Smith who tried to create distance between himself and Todd Akin compared pregnancy conceived through rape to being a single mother.  Someone should have advised him that you cannot run away from misogyny while sticking your foot in your mouth.  Tom Smith lost his election bid to democrat Bob Casey.

Richard Mourdock  came under fire for saying, "I struggled with it myself for a long time, but I came to realize life is that gift from God and I think even when life begins in that horrible situation of rape, that it is something that God intended to happen."  I suppose this is a polite way of saying that when life gives lemons, make lemonade.  Well, Mourodock better get his lemonade stand ready because he lost his election bid to Democrat  Joe Donnelly in Indiana.

Joe Walsh wanted the world to know that he is pro birth no matter what the situation is. Apparently, modern medicine means that the life of the mother is never at risk.  He stated, “There is no such exception as life of the mother, and as far as health of the mother, same thing.” I wonder if he believes all of the science aired on Star Trek as well? Joe Walsh lost his re-election bid last night to Democratic challenger Tammy Duckworth in Illinois' 8th congressional district.
Read more »
Posted by Renee at Wednesday, November 07, 2012 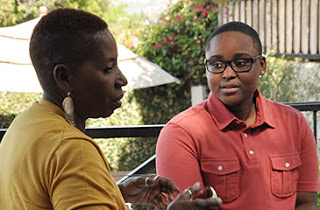 The Nielsen Company conducts the national samples that determine the fate of television and cable programs, who gets the advertising dollars, and the jobs of television executives and the actors and producers of that programming through their Nielsen Ratings that are composed of a cross-section of representative homes in the top 56 TV markets throughout the United States.

Paper diaries are used in the remaining television markets to collect viewing information from Nielsen’s sample homes during what are called 'sweeps' rating periods.   Every year Nielsen processes approximately 2 million paper diaries from households across the country for the months of November, February, May and July.  During those sweeps periods seven-day diaries (or eight-day diaries in homes with DVRs) are mailed to homes to keep a tally of what is watched on each television set and by whom.

Over the course of a sweeps period, diaries are mailed to a new panel of homes each week and at the end of the month, all of the viewing data from the individual weeks is aggregated as the television and cable execs, actors, writers and producers of those shows nervously await the results. 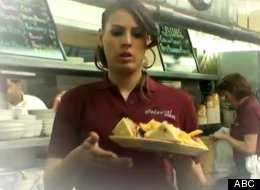 If you've noticed, during sweeps month the networks and cable provides also roll out programming designed to get as many viewers tuning into their programming as possible.

That means the most provocative and drama filled episodes of scripted shows get rolled out and documentary news shows like ABC's 20/20 or What Would You Do try to tackle controversial or other topics designed to get maximum viewereship and attention during that sweeps period.

Over the last few years, that means trans themed programming and with the November sweeps period getting started October 25 and running through November 21, we're about to see another mixed bag of good, bad and ugly trans related programming all in the name of boosting those TV and cable rating at our community's expense.
Read more »
Posted by Renee at Wednesday, November 07, 2012

It Gets Better - Royal Canadian Mounted Police (BC)

I saw this video and have to admit that I broke out in smiles.  This video will be so important to kids who are struggling with their sexuality.  It's okay to be who you are and have a good successful and happy life. I warn you before watching that it will be hard not to tear up at this.

As regular readers know, I absolutely love the Unwritten Rules. This episode, poor Racey is set up on a blind date by her White co-workers and predictably it's a disaster.

Yes the Black date.  Because two people share the same race, it's assumed that we will get along and have a relationship together. Of course people supposedly only mean well by this but in reality it's a reflection of their privilege.   Though this episode deals with race, there is also the ever popular gay date which assumes that two gay people will instantly zmog fall in love forever and ever.  So, the lesson in this is if you are tempted to set people up because they share an identity rather than similar personality traits stop before you show the world your inner bigot.