Okay, we have all been in a situation at work when the envelop gets passed around and we are expected to contribute something, regardless of how we feel about the person in question.  No one even asks if we can even afford the damn donation to begin with.  It can be an uncomfortable situation to be in. Let's have a look at how Racey handles this.

Homophobia As A Tool

There seems to be no end to the homophobic things homophobic folk do – not least of which, of course, is denying that they’re homophobic. It’s almost beyond believe what blatantly bigoted behaviours people try to excuse as not homophobic – one of the highest among them being using homophobia.

Yes, people using or exploiting homophobia to try and achieve a different goal entirely. For example, you’ve probably seen this around somewhere: 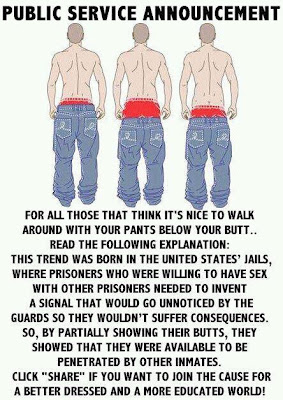 It’s not actually true. Oh the fashion may have begun in prisons – but due to prison clothes not fitting very well and, of course, no belts being provided. Not as any kind of signal of availability for sex, apart from anything else, that avoids just how many of these “prison relationships” are actually rapes and there’s no-one out there advertising their “availability” for rape.

Hello post racial world.  Isn't it nice to live in a society where all people are fundamentally equal? Yes, the imagination is a powerful tool.  Rachel Cooper and Jessica Heid are both students at University of Minnesota Duluth.  They decided to go and get facials and since the product used was brown, they decided that this made them Black.  With twelve minutes to wait until they could remove the product, they had to amuse themselves somehow.

the following are some highlights.


Other golden nuggets of true, authentic Blackness include: 1. “We need some “f*ckin fried chicken. I need some fried f*ckin chicken.”  2. “Girl, you know mama’s makin’ some fried chicken tonight!” and 3.”We got some f*ckin backup n*ggas for us, you n*ggas!” 4. "Rosa Parks is our bitch, she's our homegirl."

Apparently both young women have apologised and the university has condemned the video. To think, the GOP has been worried that universities are training young minds to be too liberal. Of course this was all meant to be fun.  The young women were after all bored.