Happy Valentine's Day: Save Your Relationship by Going to War 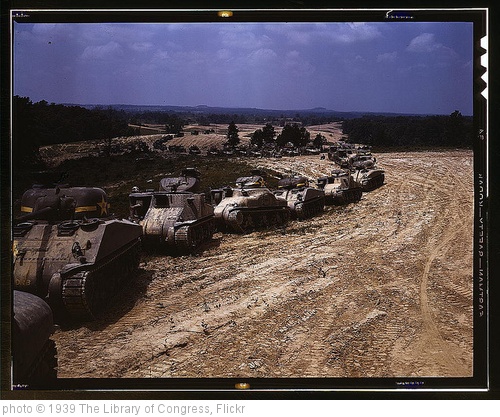 When two people live together, no matter how much you may love the person in question, there are always constant negotiations.  Some issues are easier to resolve than others, but there are always going to be minor irritations that come from sharing a space intimately with another person.  We all know about the couples who have been together for many years and seem annoyingly in-sync with each other.  You know exactly what I am talking about.  They are the couple that finish each other sentences and seem to be able to exchange a wealth of information with a simple look. On the outside, it seems like they have beaten the odds and have created a perfect partnership.

After being together with my partner for over twenty years, I know that many people have this impression of our relationship.  We still hold hands and show affection in public, but what no one knows is that as much as we love each other, we are at war.  Yes, I said war. The lines have been drawn, battle plans have been written and since this has been going for years, it would be fair to say that this is a war of attrition because neither of us has been able to declare victory.

Relationships wars can be exhausting and so at some point, you have to decide which battles you have no chance of winning and give up.  Years ago, I realised that his irresistible need to hold onto the television remote is something I would never be able to break. I had two choices:  bang my head against the wall and listen to copious whining every time I held it, or I could engage in what I call stealth control, which is to nag him until the end of the time, thus controlling our viewing habits without physical possession of the remote.  I wisely chose the nagging and saved myself an unbeatable battle, with the added bonus of adding a little irritation to his power display.


Ketchup may seem like an innocuous item.  It is after all merely a condiment that is smeared on things like hot dogs, or in the case of my partner French toast. Yes, you should be saying eww.  Because ketchup is my favourite condiment, I am very particular about the brand and that the ketchup be kept at least at room temperature.  I know on every bottle it says Refrigerate After Opening, but what sense does it make to put cold ketchup on warm food?  To me, this makes perfect sense, but to my partner, it constituted a risk the size of black plague.  For awhile, we passively shifted the ketchup between the cupboard and the fridge, depending on who was the last one to use it.  In frustration, he tried buying his-and-her ketchups, only to find that I would put his ketchup in the cupboard.  In what would later be known as the war of the ketchup, a knock-down screaming match occurred.  You can only passively try to defeat each other for so long.  Toast was thrown and threats involving the purchase of store brand pickles and mustard were exchanged. In the end, my threat to impose a ban on pickled onions and dill pickles citing the effect on kissable breath saved the day.  Warm ketchup apparently is a small price to pay to consume something pungent at will. Yes, I won the battle and the fact that I had to clean ketchup off the wall, after I threw it at him and he ducked, is immaterial.

Our more recent battles have all involved our shared sweet tooth.  At some point before bed, the cravings hit, accompanied by shivers and shakes.  The desire for something sweet must be satisfied. In what I assumed was an attempt to curry favor and ease tension, my partner recently raised the white flag, ensuring that some sort of chocolate is at hand for these times.  I thought he had decided that it was easier to feed the savage beast than tolerate the whining or having me rampaging through the kitchen desperate to find something loaded with enough sugar to numb me into a sweet oblivion.  Had I not been so overwhelmed by the sugar high, I would have seen this as the prelude to another epic showdown.

There was one piece of chocolate cream pie in the fridge and so I rightfully assumed it was mine.  It was not until he sat down and began to eat the pie that I realised that I had been lulled by his apparent submission.  I began experiencing an overwhelming sense of panic when I realised that the pie was the only source of sugar left in the house.  I tried to be coy, at first assuming that he would simply concede defeat and hand me the pie, but he had other ideas.  When you’re in the middle of a massive sweet tooth craving there is nothing worse than watching someone eat the pie that should rightfully be yours, without even bothering to savour a bite.  The sneaky devil knew what he was doing and made sure to moan between each bite causing me to see red.  That he did this under what I had presumed was a white flag only added insult to injury.  Believe me, even as I write this, I am plotting my revenge.

For twenty plus years, this is how it’s been.  We have engaged in more battles than I can tell you, all the while smiling to the world. No one even remotely suspects about the ongoing war and I believe that this is the way of life for most couples who have been together for a long time.  Magazines have published a staple of articles of how to spice up your marriage and how to deal with boredom and defeat.  Most of the advice comes down to things like date nights or buying sexy lingerie, but as 20 plus year veteran, my advice is to go to war.  You can never get bored -- or feel a lack of excitement -- if you are constantly plotting your next salvo.
Posted by Renee at Thursday, February 14, 2013