Mother of Two Wishes She had Remained Child Free 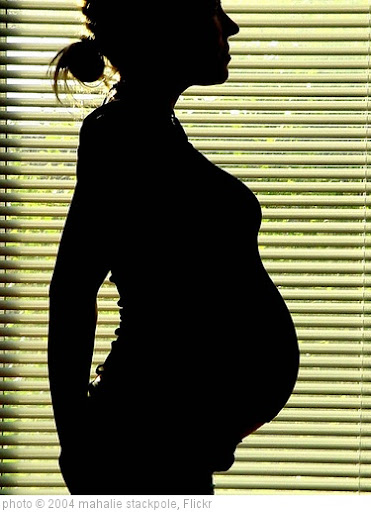 I recently came across the story of story of 57 year old Isabella Dutton in The Daily Mail. In it, she talks about never wanting to have children but choosing to become the mother of two to make her husband happy. She talks about never having a connection with either of her children but deciding that since she brought them into this world that she would care for them.  Though Dutton claims that she came to love her children, after reading the article, it's clear to me that she loved her dog far more than either of them.


And here, perhaps, is the nub of it: I would not take on the job of motherhood and do it half-heartedly. Unlike so many would-be mums I thought hard about the responsibilities of my role, and, I believe, if more women did before rushing heedlessly into it, they might share my reservations.

I was acutely aware that a child would usurp my independence and drain my finances. I felt no excitement as my due date approached. I had no compulsion to fill the nursery with toys, nor did I read parenting manuals or swap tips with friends. I focused on enjoying the last months of my freedom.

Tony and I had a strong marriage - after 37 years, we still do - and I did not dread the effect of the baby on our relationship. Sure enough, we maintained an active and fulfilling sex life and made a date night each Friday when Tony's parents babysat.

However, I did dread the encroachment of this demanding little being on my own independence.


So, in May 1979, Stuart was born, blue in the face as the cord was wrapped round his neck. While other mothers would be frantic with worry, I remained calm when the doctor whisked him away. I sent Tony back to work and for the next four hours I waited without any apprehension. (read more)

I know that there are some women who will be tempted to call Dutton brave for openly talking about her experience but I find her to be a cold, narcissistic woman.  How can you claim to love your children on one hand and then talk about feeling no panic when they are ill or openly proclaiming that they were little more than parasites, who took and gave nothing back?


Here's the thing, I know that there is an expectation that one day all women will want to mother and its false.  There is a lot of pressure placed on childless by choice women to reproduce, as though one cannot completely be a woman without a child or two in tow.  I think that it's absolutely wrong.  No one should be judged, attacked, or feel pressure when it comes to their reproductive choices.

The problem I have with Dutton is that she knew before becoming pregnant that she had absolutely zero inclination to mother.  While it's clear that she felt pressure to have children from her husband, Dutton still actively chose to have two children.  Though Dutton claims that she never neglected her child, the mere fact that she forgot her infant son in his pram outside of a store speaks volumes.

When your child is forced to ask you if you love them, because they cannot feel it, or you haven't shown it, there is a problem. You cannot even adopt cat or dog and avoid showing them any kind of affection and expect them to healthy, let alone human beings who are dependent on such for good mental health. I am sure that her children are glad to be alive, but did they find their childhood acceptable?  They had to know how their mother felt about them because you cannot live with someone in close quarters and not get to know them intimately.

What Dutton is, is selfish.  Children aren't a gift that you give to a man to make them happy.  They are human beings and not the little parasites that Dutton framed them to be. If they gave nothing back to her, it's because they were not inspired to do so.  My children don't earn any money towards their support but every day of their lives, they have given me something more valuable than any amount of money - their love.  The fact is, Dutton had a choice and instead of choosing to remain childless she decided to inflict her children with her cold nature. It's ridiculous to believe her when she says that she was competent because parenting is an all consuming job. Children aren't like plants, you cannot just provide them with food and water and then expect them to thrive.

Shame on Dutton for having kids when she damn well knew she didn't want them. Shame on Dutton for callously announcing this on an international stage, where not only her children could read of her disdain but the entire world.  I cannot imagine how I would feel if I read that my mother saw me as a parasite and then decided to inform the entire world.  The fact that she went public is not a sign of how courageous she is but another sign of her selfishness. The bottom line is that if you don't feel that you are up to the work and commitment of parenting, it's absolutely selfish to go ahead and have kids, no matter the situation or how you are pressured.  I would much rather see a woman remain childless than to bring a child in the world and give them so much less than they deserve. No one asks to be born.
Posted by Renee at Wednesday, April 17, 2013