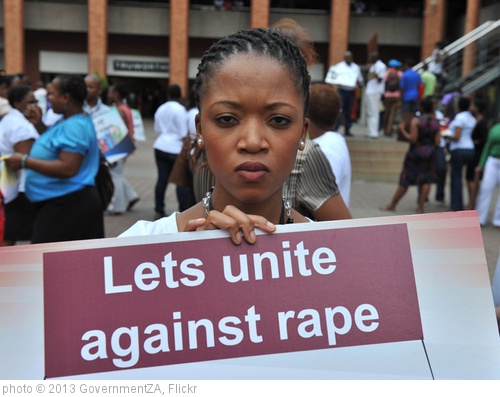 The recent media coverage of the Steubenville, Ohio, rape trial was disturbing to say the least.  Little to no concern has been aimed at the victim and instead what we saw repeatedly, was sympathy for the rapists.  To be clear, both of these young men are guilty of rape and there should be no soft peddling of what happened.  The fact that the media was so concerned with the promising future these two rapists lost through their conviction, speaks loudly about the pervasiveness of rape culture.

I recently read a piece by rocker Henry Rollins, where he had the following to say regarding the rape:


What made these young people think that that what they did was ok? What was in their upbringing, the information and morals instilled in them that allowed them to do what they did, minute after minute, laughing, joking, documenting it and then calling it a night and going home? Out of all the people who were witness to what happened, why wasn’t there someone putting a stop to it?

What I am attempting to get at, and I apologize if I am not being clear enough is that this is a failure on many levels. Parents, teachers, coaches, peers all come into play here. I am not trying to diffuse blame or lessen the awfulness of what happened but I want to address the complexity of the cause in an effort to assess the effect so it can be prevented.

Some might say that the two going to the youth facility are as much victims as the young women who was assaulted. I do not agree. The two are offenders. What they did was obviously wrong. That being said, we cannot end the discussion at that point and expect things to change.

Many people are angry that more time was not given to the offenders. This seems to be the prevailing sentiment. I understand the anger but don’t know if adding a decade onto their sentences would be of any benefit. To me, the problem that needs to be addressed is where in the information chain were the two offenders made to understand that what they did was not wrong on every possible level? You can execute them both tomorrow but still, there is a problem that needs to be dealt with.

Ground Hog Punxsutawney Phil and I have issues

I was really excited when Punxsutawney Phil announced this ground hog's day that we would have an early spring.


In front of thousands of people at Gobbler's Knob, a rural area near the small town of Punxsutawney, a group of town elders repeated the famous tradition of consulting the town's famous groundhog on the prospects of when winter might turn to spring.

To the relief of many, they reported that Phil had emerged from his lair and did not see his shadow – a sign that winter is soon to end. If he had seen his shadow, it would have indicated at least six more weeks of cold weather. (source)

As I look out the window, all I can see is snow.  The following is the shot term - weather report for  the armpit of Canada known as Niagara Falls. 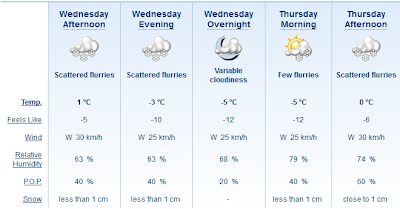 Are you seeing the problem here? This is not spring. It's still cold, there's snow on the ground, there are no buds growing out of the ground. What we have is one long running winter. Where did the early spring that I was promised go. Am I wrong to feel a little bit cheated by this?  Someone needs to be held accountable for this. 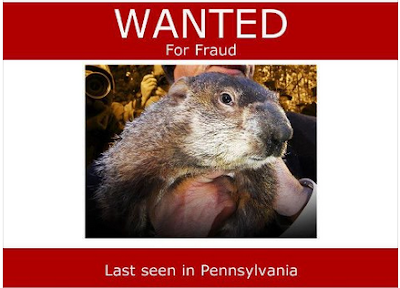 Keep your eyes out for Phil people, he must be brought to justice.

Jada Pinkett-Smith Questions Whether White Women Should Grace the Covers of Magazines Aimed at WOC?

Like many women of colour I grew up looking at magazine racks with row upon row of White faces staring at me.  I would be lying if I said that it didn't have an impact upon how I perceived my race and gender growing up.  Things have not changed much and now I find myself wondering how this exact same circumstance is going to effect my niece as she grows up.  As a woman of colour, I cannot divorce my race from my gender.  This is why the row upon row of White women staring back at me from magazine racks continues to impact me. Even when I look past it and validate my own self worth, it does not mean that those I interact with see me as an equal, let alone human.  There can be no doubt that Whiteness continues to represent the idealized form of womanhood.  Sojourner Truth's Ain't I a Woman speech, is still highly applicable today. 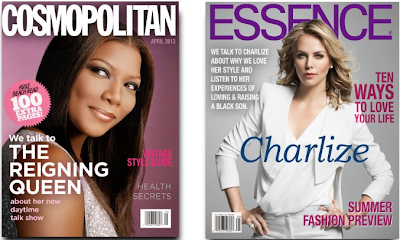 On her facebook page, Jada Pinkett-Smith wondered if the best path forward to deal with the ongoing equality in magazine covers, is for magazines created for POC to be more open about having White women grace their covers.


There is a question I want to ask today. I'm asking this question in the spirit of thinking outside of the box in order to open doors to new possibilities. These possibilities may be realistic or unrealistic. I also want to make it clear that there is no finger pointing here. I pose this question with the hope that it opens a discussion about how we can build a community for women based upon us all taking a deeper interest in one another. An interest where skin color, culture, and social class does not create barriers in sharing the commonality of being... women. With love and respect to all parties involved, my question is this...if we ask our white sisters, who tend to be the guardians of the covers of mainstream magazines, to consider women of color to grace these covers, should we not offer the same consideration to white women to grace our covers? Should women extend their power to other women simply because they are women? To my women of color, I am clear we must have something of our own, but is it possible to share in the spirit in which we ask our white sisters to share with us? I don't know the answer and would love to hear your thoughts.

Today I’m going to talk about the value of silence

Yes, privileged folks, flock around, I be SILENCING YOU, oh how very mean! How very mean indeed! Please clutch your fee-fees and form an orderly queue to tell us how oppressed and persecuted you are.

Except not, of course, because minorities don’t really have the institutional power to actually silence people; so instead I’ll settle praising silence.

Because sometimes silence is, indeed, golden. It’s precious and it’s something we should value. And that’s hard to do – it’s even harder to say or advocate. That spectre of “silencing” will raise it’s ugly head. We live in a time in many places where “freedom of speech” is squealed so often (and so inaccurately) it no longer has meaning; “censorship” is howled whenever anyone refuses to offer a platform or dares to criticise what is said. With the internet, we have even more chances to speak  and be heard - in many ways and in many places we truly do have a thousand voices all speaking at once.

Such a shame that 950 of them are speaking such bullshit.

So eager are people, especially the privileged who are so used to dominating discussions, to protect their right to speak that they often don’t question whether they actually have anything relevant to say – or the standing to speak in a discussion and rarely does this matter more than when we are talking about marginalised people where privileged people truly do need to learn the value of silence. 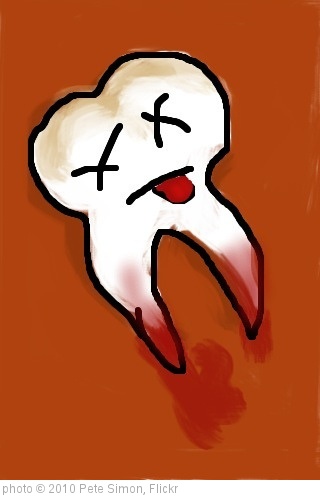 This past week it was March break for my kids. When they came home for the start of their vacation, they promptly dropped their backpacks and forgot all about them until this morning.  The unhusband grabbed their bags to pack their lunches and happened to find an envelop of money in Mayhem's.  The envelop said: "For Samantha's mother, you sent nine dollars too much for pizza money."  Looking at the note we simply assumed that Mayhem had gotten his hands on the envelop by mistake.

It turns out that this is not what happened.  On the last day of school, Mayhem had lost a tooth.  He is a very enterprising kid and promptly sold his tooth to Samantha for the change she was to return to her mother.  Nine buck is big money to a seven year old and certainly more than the tooth fairy pays around this house.  To be honest, I can clearly understand his reasoning, but I was not prepared for the absolute meltdown that occurred, when I suggested that he had to return the money because it was not Samantha's to give him.  In Mayhem's mind, he had rightfully sold his tooth and therefore he should get to keep the profit. When this did not work out, he said that he had sold his tooth to give us the money.  We said thank you and since you said that it's ours, our choice is to return the money to Samantha.  Realizing that his shift wasn't going to work either, he threw a fit of all fits.

Finally, we simply had to put our foot down and tell him that he was going to have to return the money.  We wrote a note to his teacher about the incident.  This of course was followed by an exceedingly long rant in his underwear no less about how we just don't understand him, even as the time was quickly approaching for him to get outside to catch the bus.