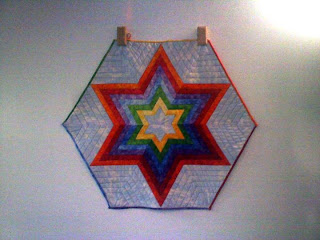 
Quick AN: I use gender neutral language throughout this post because there are people with uteruses who don’t identify as female.

I was talking with a friend of mine today about disability and abortion. As a disabled autistic person, I am obviously not in favor of having an abortion because you are worried about the quality of life for your unborn child. But that puts me in a rather sticky situation, because I am pro-choice. The more I started to think about it, the more it bothered me. It wouldn’t bother me if a person wanted to have an abortion because ze couldn’t afford to take care of hir disabled baby because of the failing health system. It wouldn’t bother me if someone decided that ze personally couldn’t handle taking care of a disabled baby and had an abortion. So what is it exactly that I find so appalling about someone having an abortion because they are worried about the quality of life for their child?

I am somewhat ashamed to say that I have not been pro-choice my entire life, and even after I reluctantly decided that abortion shouldn’t be illegal, I didn’t get it. I didn’t understand why people would WANT abortions. Then I heard the argument that we wouldn’t force someone to chain themselves to a son or daughter in order to keep them alive for months. We don’t force people to donate organs, wouldn’t conscript people to keep others alive, and gestating a baby is, if nothing else, the temporary donation of the uterus. Whether or not that fetus has a potential for life, the parent should get a say in whether or not ze is used as an incubator.

A video released by World Hip Hop Stars (which seems to exist to show abuse against Black women and the worst elements of our community for the purposes of entertainment), shows a father beating his two daughters with an electrical cord after finding them twerking. He could have sat his daughters down and talked to them about their behaviour. He could have grounded them, made them do volunteer work, removed their access to the internet, taken away access to electronics, and most importantly, he could have talked to them, but the following is what he decided to do instead.

Warning the video is violent.

There are increasing movements forwards with legislative battles with our rights – a new trans bill in Canada, marriage equality in Britain, France and various parts of the US, municipal anti-discrimination laws in various cities and even a battle in the Ukraine which was rather surprising. Of course, it’s not all going forwards everywhere, far from it, but there’s a lot of excitement.


There’s also a sense that “zomg we’ve nearly won” primarily from straight allies, coupled with a sense of “the GBLT rights movement has moved so quickly!”


I have to burst the bubble on both. Starting, perversely with the second one.


The whole idea of “the GBLT rights movement has moved so quickly” is based on that pervasive myth that we only appeared in 1960 and that the first piece of GBLT activism was Stonewall. Both of which are wrong. GBLT people have existed as long as people have existed – and we have been fighting for centuries. The first attempted same-sex marriage in the UK happened in 1680 and Molly houses were a fixture of the 19th century. France decriminalised “sodomy” after the revolution, Germany had, in the 1920s a vast amount of pro-GBLT activism


And this is from a frankly extremely amateur view of history since I make no claims of being a historian. But even the most cursory search finds not only our existence the earliest times but a centuries old battle against persecution. To call the GBLT rights movement a young or a new movement is to spit in the face of these people who fought – and who died – and who straight history has long forgotten. We have not moved quickly, it has been a long slow fight that has been denied so long that it’s only recent victories for basic LEGAL PROTECTIONS that have finally accelerated.
Read more »
Posted by Renee at Tuesday, April 02, 2013