Star Trek Into the Darkness and Khan 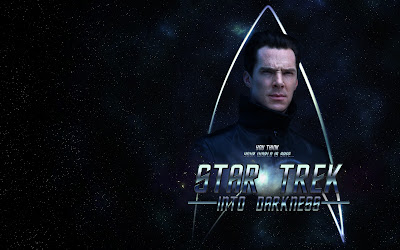 For months before the release of Star Trek into Darkness, there was a lot of speculation regarding whether or not Benedict Cumberbatch would be playing the role of Khan Noonien Singh. Because Star Trek into Darkness has a different name than Wrath of Khan - the second movie in the Star Trek series, it was conceivable that the character Khan would be overlooked altogether. Now that the movie has been released, there has been a resounding backlash because it has become common knowledge that Cummerbatch is indeed playing Khan.

The character Khan Noonien Singh first appeared in the original series, in the episode Space Seed and then became the antagonist in the second movie Wrath of Khan. In both instances, the character was played by the Mexican actor Ricardo Montalbán. As fans of the series know, in each instance that Khan Noonien Singh appeared, he was defeated by Captain Kirk. This is par for the course because Kirk being the captain of the USS Enterprise, inevitably makes the right decisions and always gets his crew out of any difficulties they encounter; prime directive be damned.

Having not seen Star Trek into Darkness yet, I cannot say whether or not this is a direct reboot of Wrath of Khan; however I have been following the anger online over the fact that Benedict Cumberbatch has been cast as Khan Noonien Singh. Because Khan was played by Ricardo Montalbán, many see his replacement by Benedict Cumberbatch as a direct slap in the face to people of colour, by a series which has historically prided itself on being racially progressive. When the original series first aired on September 8, 1966, there was absolutely nothing like it on television. Star Trek had an interracial cast including: a Black woman, a Japanese man and a Russian on the bridge, playing critical roles on the ship. It went on to feature one of the first inter-racial kisses on television. It is however worth noting that the kiss was forced by an alien creature and not something Kirk or Uhura wanted. Kirk slept with green women, but had to be forced into kissing a Black woman, think about that for a moment.

So how did this progressive series decide that it was appropriate to simply erase a character of colour and replace him with a White man? Well, let’s start with the fact that the character Khan was originally conceived of as being of Nordic descent. The writers and Roddenberry had no idea at first that they would be able to get an actor of Montalbán’s skill. When they did manage to cast Montalbán, the character became a sikh from Northern India. Clearly, even casting Montalbán in this role was highly problematic because he was neither sikh or Indian. It was the classic case of one brown person filling in for another, which is commonplace in the media even today. As long as the actor is Brown, they are cast as: Latino, Native American and Indian, regardless of what their true ancestry is. It’s clear that from looking at the images of Montalbán when he originally played Khan in the original series that his skin was darkened, using makeup to make him appear as the northern Indian character he was playing.
Read More
Posted by Renee at Friday, May 31, 2013

In Memoriam of Dr. Henry Morgentaler 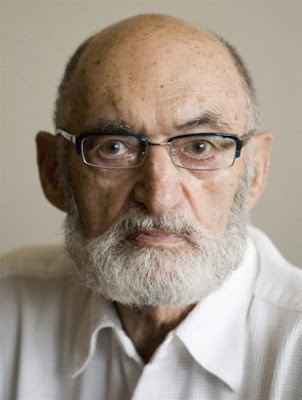 I had just gotten home from shopping today when I heard that Dr. Henry Morgentaler had passed away at the age of 90.  Morgentaler, as far as I am concerned is a true Canadian hero.  The right to choose may not even have been available to women today had he not actively fought. Morgentaler opened the first clinic in Montreal, Canada in 1969 (note: at the time abortion was illegal in Canada) and eventually opened clinic across Canada.

The government failed to create change after Morgentaler presented a brief before a House of Commons Health and Welfare Committee regarding the dangers of backalley abortions, but had no problem raiding his clinic in Montreal in June of 1970, charging the good doctor with performing illegal abortions. He was tried and acquitted several time and the government continued to prosecute this man.  He served 10 months in prison, during which time he suffered from a heart attack.  Morgentaler never once wavered from his decision that women should have the right to choose, despite the being continually prosecuted and imprisoned.  In each of the provinces that Morgentaler opened a clinic he challenged the law. He faced death threats daily, he was attacked in 1983 by Augusto Dantas with gardening sheers and his clinic in Toronto was fire bombed in 1992.

As a Canadian woman, I am proud to say that Morgentaler is a hero of mine.  He refused to look away from the needless deaths of women who died through back alley abortions or through self intervention by things like knitting needles.  This fight was not something Morgentaler actively sought to engage in but one he could not deny as a medical professional, once he became aware of the damage the anti-abortion law caused to women.  So many women are alive and well today because Morgentaler showed the courage of his convictions.

Even now as news of his death has hit the airwaves, the ignorant are leaving comments calling this man who I believe to be a hero, a murderer and it disgusts me on so many levels.  Morgentaler never forced anyone to have an abortion, he simply believed that the right should be available to all women.  He believed in reproductive freedom and fought valiantly, as the state was more than happy to sit on its haunches while women died from something that is absolutely preventable.  By helping women have safe abortions, he wasn't committing a murder, he was saving lives and that fact cannot be more clear.

Rest in peace Dr. Morgentaler, your contributions to the fight for women's equality and the right to choose here in Canada will never be forgotten.

Apparently, 'Behind the Candelabra' Was too Gay for the Big Screen

Sunday night, HBO aired Behind the Candelabra staring Michael Douglas as Liberace and Matt Damon as his long time lover, Scott Thorson.  From the moment I heard about this movie, I was very excited to see it and not because I am a fan of Liberace. There are very few films or television series in which the authentic lives of gay men are depicted.  If we do see gay men together, what we tend to see is a whole bunch of fade to black moments, with them clothed like they are going out in a winter storm.  We certainly don't get to see that their relationship are every bit as complex as heterosexual relationship because that just might make them appear human and we simply can't have that can we?  There's morality to think about and ridiculous privilege to protect.

Douglas did a wonderful job playing Liberace and I personally believe that had this been on the big screen, at the very least he would have gotten an Oscar nomination. It struck me that Liberace could never be public about who he was and even wrote a book claiming that he never married because he kept seeking younger and younger women.  I think Behind the Candelabra, showed just how little the world has progressed since the Liberace died.  GLBT people are still closeting themselves because the world is filled with hate.

What I didn't know when I watched Behind the Candelabra with the unhusband, is that it was intended to play in theaters. Apparently, Steven Soderbergh approached several studios and was resoundingly rejected.


Nobody would make it. We went to everybody in town. We needed $5 million. Nobody would do it…They said it was too gay. Everybody. This was after Brokeback Mountain, by the way. Which is not as funny as this movie. I was stunned. It made no sense to any of us…[The people at HBO are] great and they're really good at what they do, and ultimately I think more people will see it, and that's all you care about. Studios were going, "We don't know how to sell it." They were scared. (source) 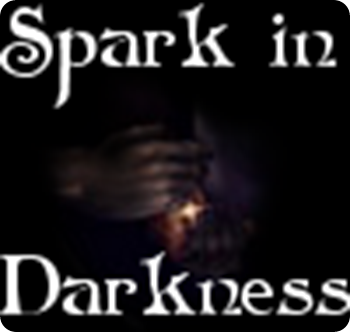 Homophobic bigots come in all shapes and sizes.

There’s the Violent Bigot we know too well and his closely related Frothing Bigot (often found in radio stations), ready to foam at the mouth and rant extreme obscenities at the slightest opportunity. You have the Storytime Bigot who will make up ANYTHING to try and demonise us. You have the Credulous Bigot, moving in vast herds, willing to believe everything the Storytime Bigot tells them. You’ve got the Terrified Bigot who is convinced we’re going to do terribad, awful things to him. You’ve got the Religious Bigots telling us the moral rightness of hate, the LoveJoy Bigots who always always always Think of the Children and you’ve got the Perpetually Horrified Bigot who just saw an advert with 2 ladies kissing and are now well and truly Shocked and Appalled.

We probably need a full documentary series with David Attenborough narrating to properly categorise all the bigots. But recently the ones most giving me grey hairs are the Apologetic Bigots.

Then they look at you and expect you to accept their bigotry/forgive their bigotry. So let’s tackle this monster.

Firstly, I am really really really uninterested in how much of a “struggle” you found accepting my humanity. Really. Am I supposed to be impressed that you had to have such an epic internal tussle to decide “actually, GBLT people are totally deserving respect”? I boggle at the number of people who present this as some kind of achievement that I should be HAPPY about. My existence is so repugnant to you that you had to have a massive internal war that you still struggle with over whether or not I get to be treated like a decent person? Well let me get the confetti, we need a parade in your honour for that feat of allydom!