Well, Jimmy Fallon, singer of corny songs has made it.  He's on the cover of Vanity Fair.  As is his style he was very humble and even a little self depreciating about it.


Okay - this is one of those - is this happening - moments. As a kid from upstate NY - Vanity Fair is... a major investment. Yes. You know it, all of the big stars are on it - classy, cool and untouchable. I WOULD'NT even dream to be mentioned in it let alone the cover. To spend my money to buy a magazine was a giant deal. (Rolling Stone, Tigerbeat, MAD) But Vanity Fair? That is a down payment. Just BUYING A COPY meant that you know what's up and you are doing well. I remember making that investment and reading and reading and keeping the magazine - like an old book. It was like the actors got a story (not necessarily the one they wanted) but a real story - plus Dominick Dunne murder mysteries - it kindof was a book.I still have some of my favorite magazines (SPIN, Details and Grand Royal (beastie boys fans know what I'm talking about)). To meet David Kamp and know he's writing about me is weird. To have ANNIE LEIBOVITZ take a picture of you is a story alone! These supermodels Alessandra Ambrosio and Doutzen Kroes were in the east river at 7am in December FREEZING in a bathing suit (it's the 50th ann of SI Swimsuit Issue) I was freezing in my suit as well but these guys were troopers. I asked them if they ever looked BAD in anything. They are so pretty. They said of course!! It was then that I realized I could've been a supermodel. Anyway- here I am. On the cover of Vanity Fair and I'm psyched, amazed, shocked and happy. Just so you know. J (source)

I must admit that I am not a huge fan of Fallon; however, I won't miss him on SNL if he appears with Justin Timberlake because together, they crack me the hell up.  I love that Fallon cannot keep a straight face no matter what the sketch is about.  Also, who doesn't love their history of rap sessions, even though they amount to appropriation?  It is sweet to see a celebrity so honestly thrilled and even humbled by their experiences but I take huge umbrage with this photo.  Why did Fallon need two women hanging off of his arm?  They are not related to him, his history, or even where his career is headed and yet there Fallon is with not one but two supermodels on his arm.

I came across a timely post on Facebook by an American friend I follow, which links to an article about the KKK.  She was shocked to see the existence of the hate group in the so-called land of milk and honey.  It was timely because Destruction just finished a project in which he tackled racism in the education system in Canada.  At 12, he is well aware from his lived experiences that Canada is no utopia for Black people and yet African-Americans continue to look upon Canada as such and express surprise when Black Canadians correct their assumptions.

One of the major differences I see as a Black Canadian is that though America clearly has a troubled past when it comes to racism, there is at least an ongoing discussion about race and its impact on people of colour.  Such is not been the case in Canada.  As I help my kids with homework and projects, I can see that in the years since I graduated, not much has changed.  Destruction has learned all about Canadian historical figures like Jacques Cartier and Samuel De Champlain but nothing about the experiences of Black Canadians.

When he was offered the chance to write an opinion piece on a timely issue, Destruction chose to write about the fact that everything he has learned about Black history, he has either sought out on his own or learned about at home.  In his report, he asked what it means that in his history classes, the history of the people who look like him has been excluded and I think it is a salient question. What does it mean that Black children learn about the underground railroad but not about how hard the lives of the former slaves were?  What does it mean that there is a universal denial about slavery in Canada and that the push to end it was not based in the fact that slavery was a moral wrong but the fact that slavery was not as economical viable in Canada, due to the shorter growing season, as it was in the southern U.S.? What does it mean that the history of segregation and its impact has been ignored?  What does it means that names like Viola Desmond and incidents like Africville have been scoured from the curriculum?

Ani DiFranco and the Problem with Hero Worship 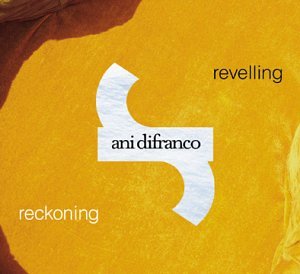 More often than not, feminists who came of age in the 90’s are fans of Ani DiFranco.  It’s easy to see why from the lyrics to her mega-hit anthem, Not A Pretty Girl: "I ain't no damsel in distress, and I don't need to be rescued/ so put me down, punk; wouldn't you prefer a maiden fair? Isn't there a kitten stuck up a tree somewhere?"   Anti-capitalist songs such as Your Next Bold Move and the anti-racist song Fuel give added social justice cred to her catalogue.  DiFranco is a passionate promoter for women’s rights and reproductive freedom, as well as an out bisexual woman who advocates for LGBT rights. She has leant her talents to various causes, including anti-death penalty advocacy, children in need, and Gulf Aid after the BP spill.  She is also a poet and author of Verses, a collection of poetry and sketches.  With a career that spans more than two decades, her outreach has led many folks within her fanbase to cite Ani DiFranco as their path to feminist thought and activism.

In early December 2013, DiFranco announced plans to host a feminist "Righteous Retreat," a four-day songwriting and creativity workshop at Nottoway Plantation – one of the largest private estates in New Orleans to use slave labor.  As a result, Black women took to Twitter and Facebook to voice their concerns regarding the retreat’s problematic location.  The initial response from DiFranco’s label, Righteous Babe Records, was to delete the comments of the event’s detractors on Facebook, as if by silencing dissent, the protests would go away.  But it was clear that the protestors would not back down and DiFranco likely realized that in the age of social media, people control the message -- and ignoring the voices of those who demand justice and recognition of historical oppression will only cause their anger to intensify.

By Sunday night, DiFranco was forced to cancel her retreat.

No matter what DiFranco’s intentions may have been, as a white woman, she cannot reclaim a space in which she did not experience racial oppression.  With her history of political and feminist activism, it should have been easy for her to realize that by virtue of white supremacy, White women have always been complicit not only in slavery, but Jim Crow laws, segregation, lynchings, and every other race-based degradation suffered by women of color.  Even when White men were sneaking down to slave cabins to rape Black women, the "licentious slave woman" was given the blame.  There was no solidarity between White woman and women of color then -- and it is all too clear that even today, there is no solidarity now. There is, however, a history which cannot be denied or twisted and, as painful as it may be for White women to acknowledge, denying this history stymies progress.
Read more »
Posted by Renee at Tuesday, January 07, 2014

When I first started Womanist Musings, it was my intention to create a safe intersectional space for people to gather and discuss events of the day.  What I didn't anticipate was that I would face another bout of illness which would make my hectic pace extremely impossible.  I have put too much time and effort into this blog to allow it to die a slow death and so I have therefore decided to start again.  I will not be able to keep up my previous pace but I believe I still have something to say. If you're willing to take this journey with me, we can still have some fun while breaking down the issues which continue to effect marginalized people.  I may be a little slower and have a little more difficulty but no battle is lost while there is still breathe and a will to struggle for change.
Posted by Renee at Tuesday, January 07, 2014